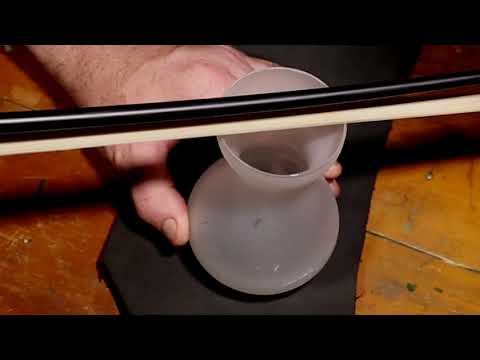 This is the first of two libraries centred on glass as their core focus. My initial plans for a small concise library rapidly grew out of control as I began exploring the medium, until I eventually had over 15 hours of recordings in my edit session. And just as I thought I was nearing completion, I innocently asked on social media if there were any other glass sounds that people have trouble finding. The response provided so many excellent ideas that I ended up having to split the library in two.

As the title infers, SD047 GLASS Unusual FX collates the stranger sounds while all the more practical glass sounds are collected in the imminent SD048 GLASS Practical FX, due for release next week. If there is a glass sound effect that you are dearly lacking please send me a request. I will be doing a few final recording sessions in the following week, and am happy to offer a maximal discount code to everyone who has contributed ideas as it has made these libraries better than I ever imagined. Please contact me via email if this is you, or you have an unmet need.

A good example of this was two FB friends who requested glass squeaks and squeegee sounds. I was happy to provide these but little did I know the rabbit hole I was heading into. The idea of glass squeaks may seem a simple request but along the way I made a series of technique discoveries that would make this library one of my favourite new resources for creature vocals, and for movement design – truly wild sounds emanated from innocent looking glass panes! The video and previews provide a small glimpse at the depth and range, but I caught myself mildly freaking out at some of the expressive sounds I could generate using a range of different density foam, rubber and sponges. Sincere thanks to everyone who was generous enough to share their ideas. From simple ideas/small acorns…

This library also includes a lot of tonal material. The classic ‘singing wine glass’ was explored and I was intrigued to appreciate what a difference simply performing on a wooden table made, versus placing the glass vessels on a rubber mat. While the rubber absorbs some of the decay and the projection is quieter, the resulting sounds are more ethereal, as though floating in space. Meanwhile on wood, friction is amplified and I explored this territory further by applying dangerous amounts of pressure as well as using foam to extract shrieks and grinds..

Next I pursued bowed glass vessels, eventually settling on a collection of 24 props scaling from large globe terrariums through to a tiny wine glass that makes my hands look like Godzillas! Again recordings were made on wood table (louder, more present but with accentuated friction) and floating on rubber mat. Note, these sounds are in their natural state and are not quantised to standard pitch. And a late request for short, sting like bow action will be a free update in the coming week.

After breaking some glass panes for the practical library I decided to build some pseudo wind chimes. First using wine glasses (a pinot noir addicts relaxation tool?) and then using different gauge shards of glass. The resulting sounds are beautiful, especially at half speed where hidden melodies reveal themselves. But it also amuses me that the chimes sound beautiful but look deadly and mildly inspire anxiety. Wellington is a notoriously windy city, so I suspect if I put them outside they would be reduced to dust in half an hour!

Lastly I recreated a recording technique that I developed back in 2004 for a horror film. Using a subwoofer laid on its back, I placed a random assortment of glasses and broken panes, and then fed the subwoofer with modulated sub bass from my SH101 and MS10 analog synths. As the bass tones pass through various resonances the glass is activated to rattle in quite strange ways. You can read more at my blog, with examples as to how I came to dream up this method. While I had it set up I also recorded a series of similar but even more aggressive material using foil on my subwoofer. Next week I will provide those as a free update to everyone who owns the FOIL sound library.

Check out the MAKING OF Video. Captured stereo 24bit 192kHz via MKH8040 ORTF, this library is a deep new resource that will continue to reward creative use for many years to come. 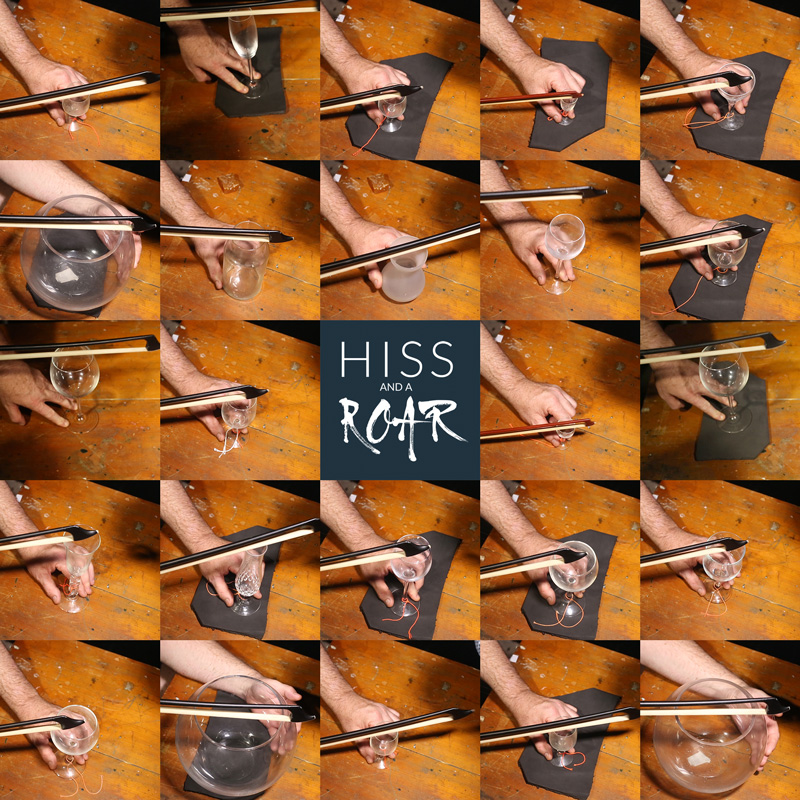 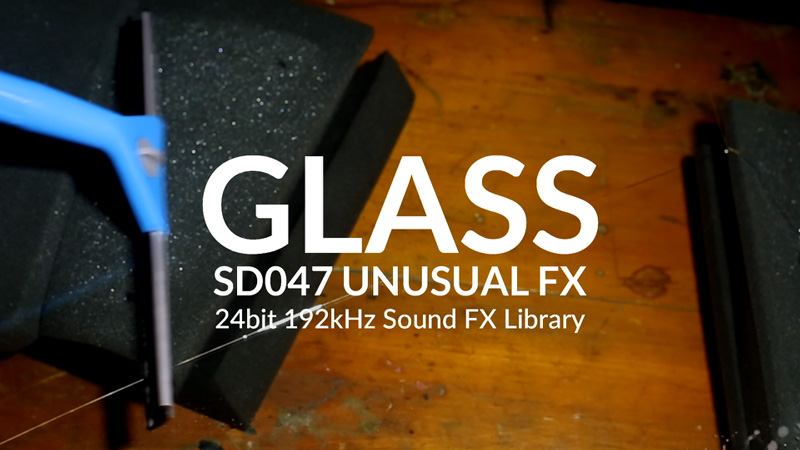 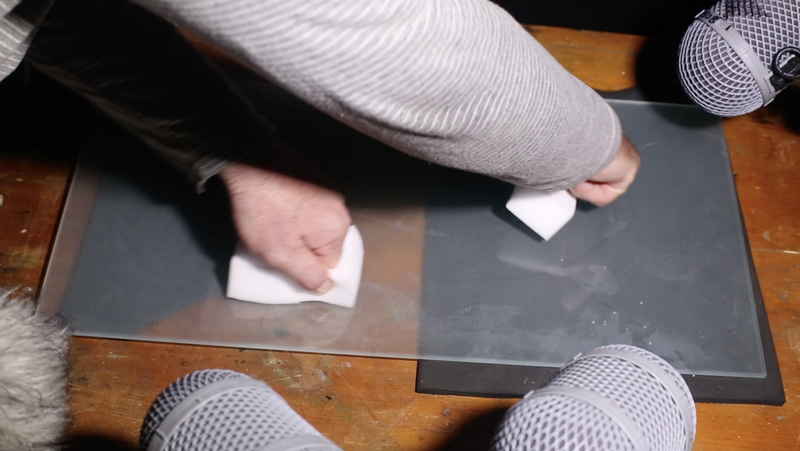 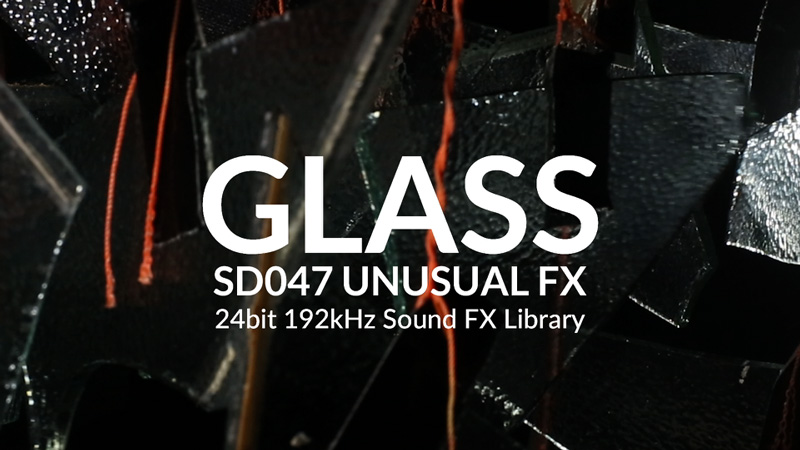 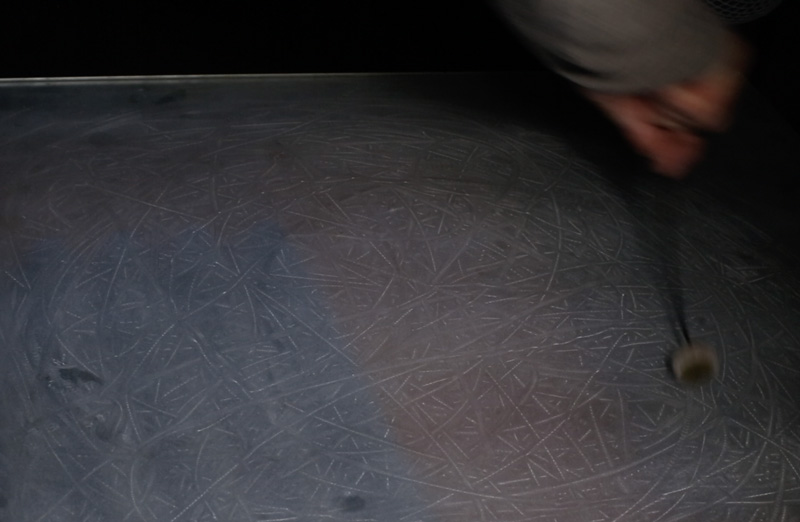 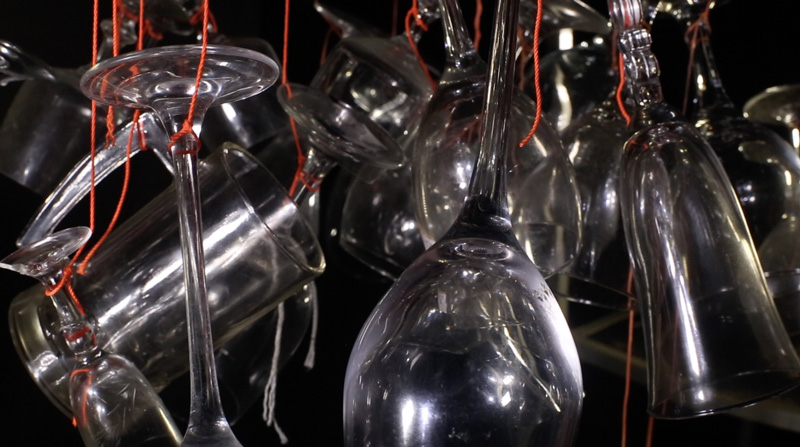 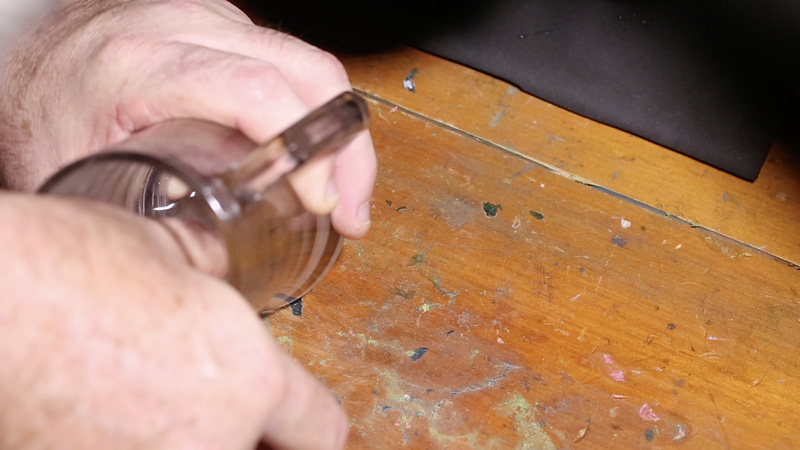 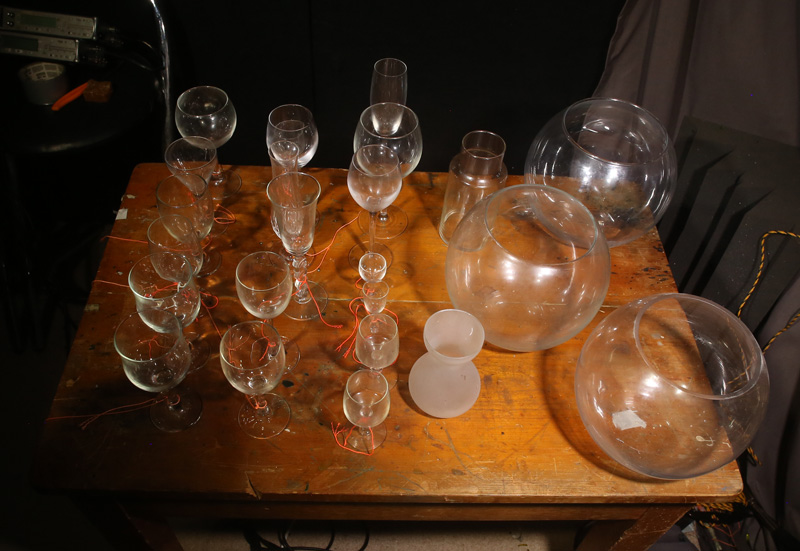 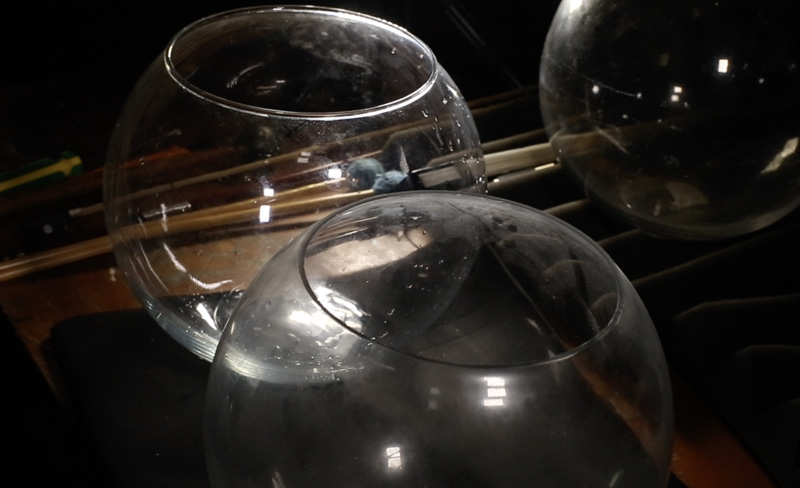 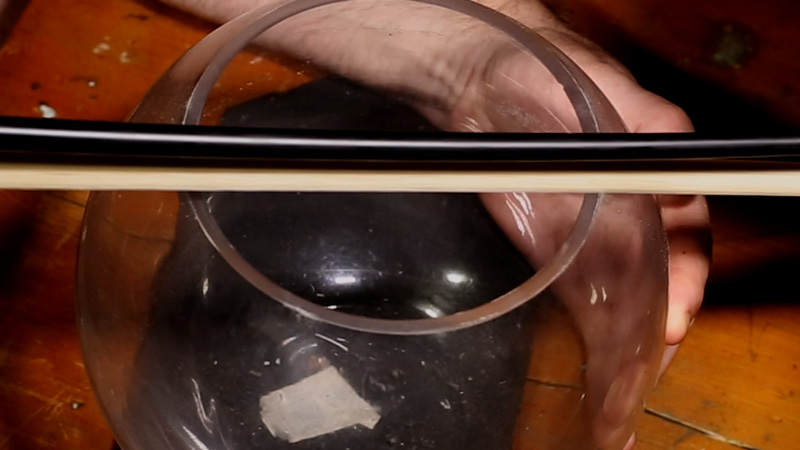 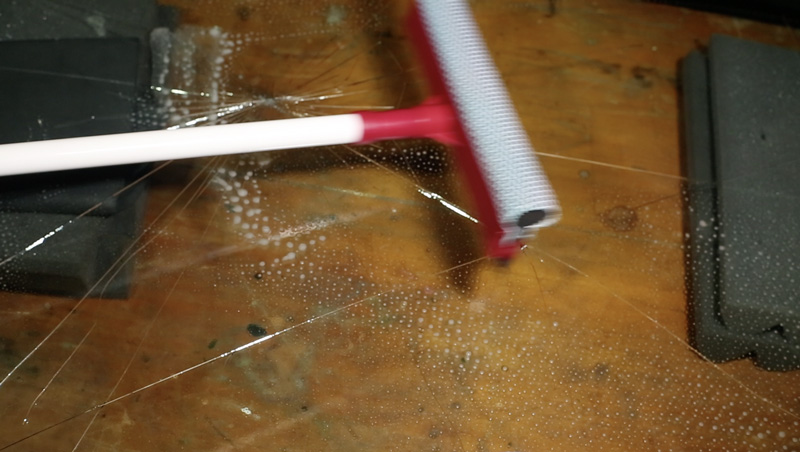 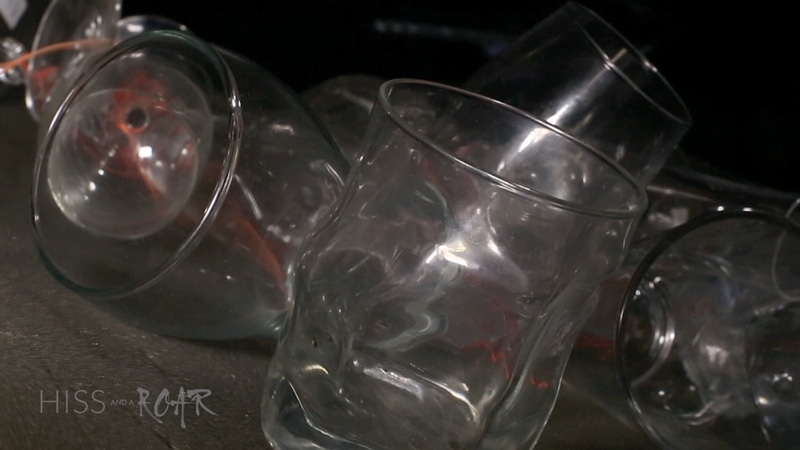 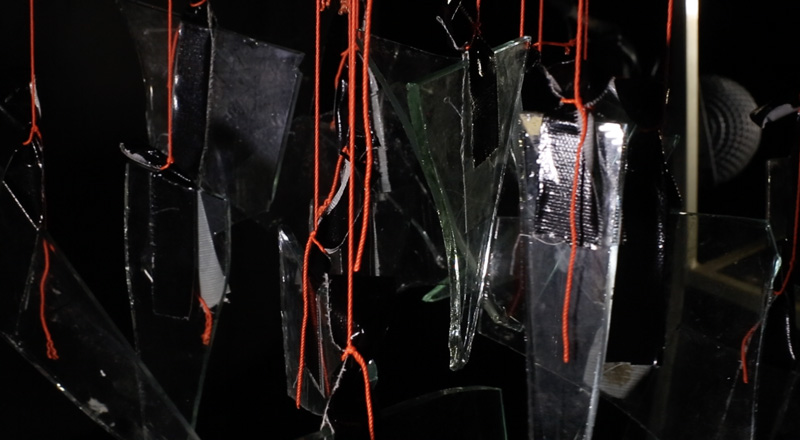 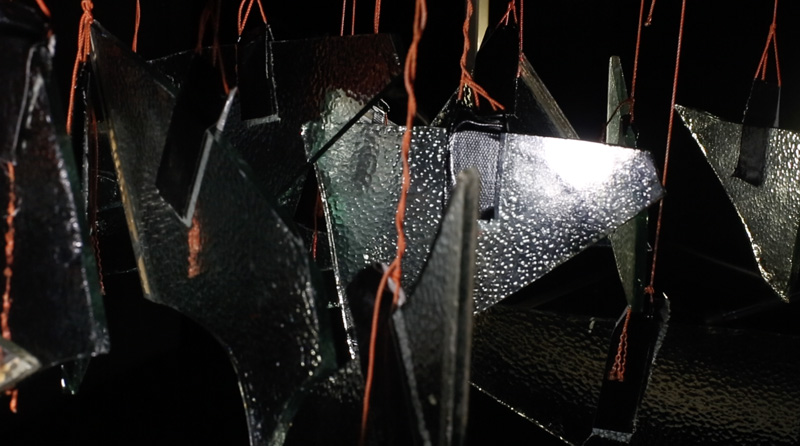 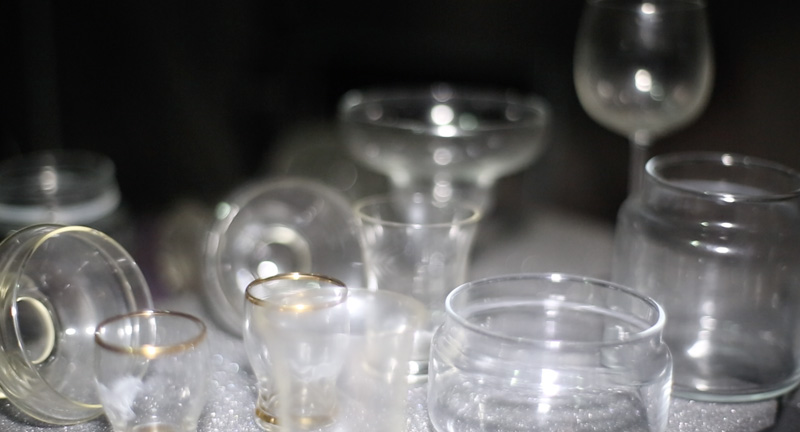 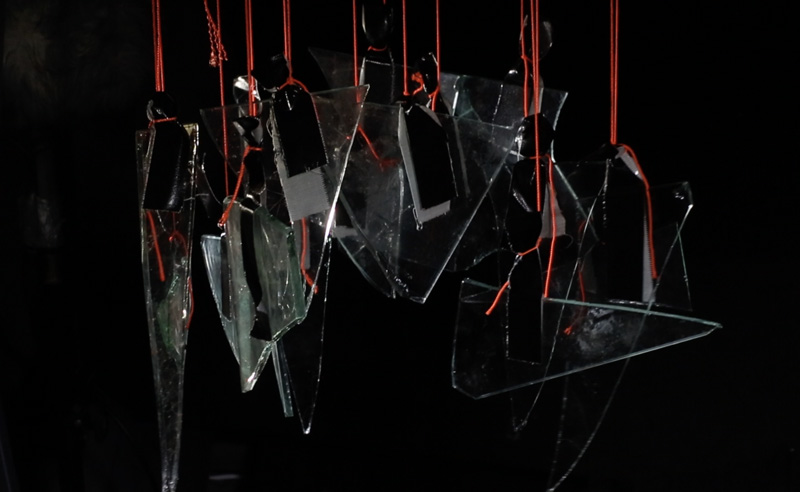 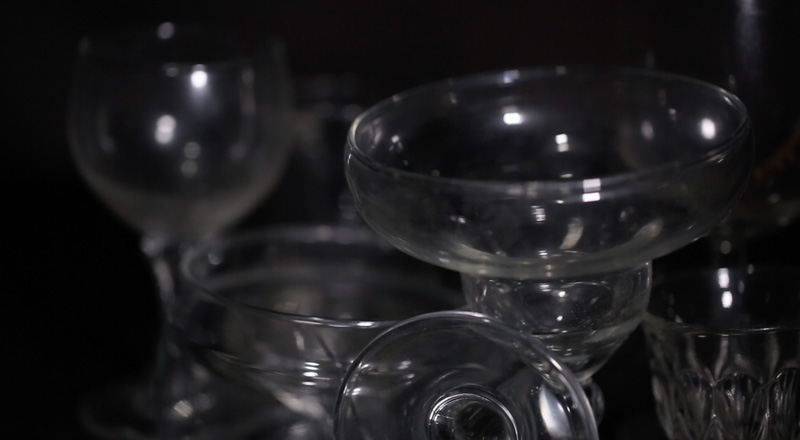 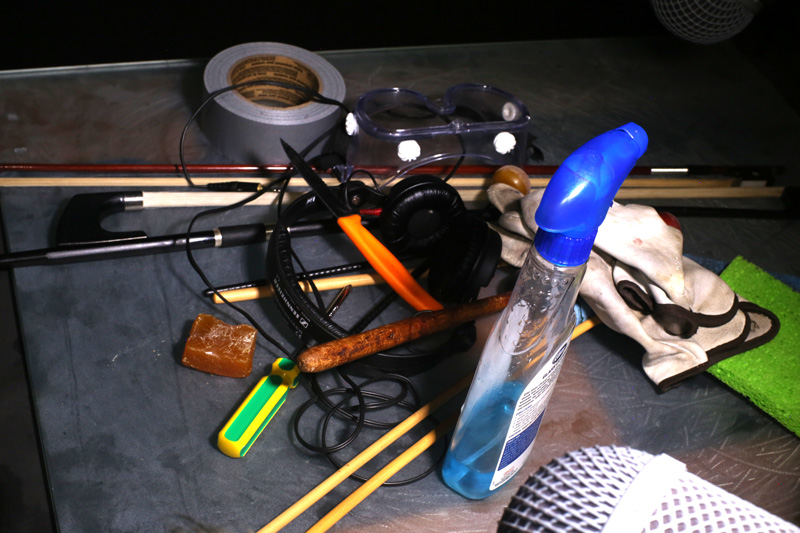 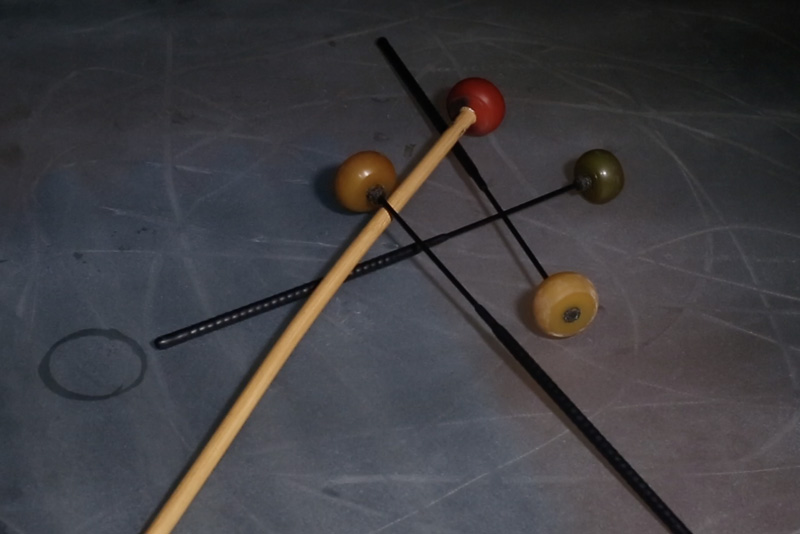