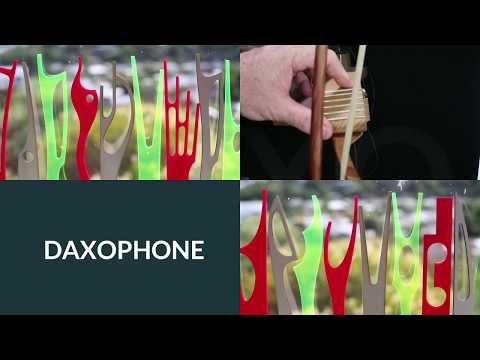 The Daxophone was invented by Hans Reichel (1949-2011) – the first time I heard one was in the context of music and its unique vocal formant tonality was intriguing, but I was more excited by the potential for sound design. After acquiring a Daxophone and replacing the built-in piezo elements with a Barcus Berry Planar Wave, and a Trance Audio Inducer, I began learning to play and extract sounds from it.
First experimenting was with three tongues (two wooden, one plastic) and trying different bows and techniques, mainly playing with continuous pitch variation ie. playing on the un-fretted side of the Dax.

Next I had a series of tongues laser cut, in wood and plastic. 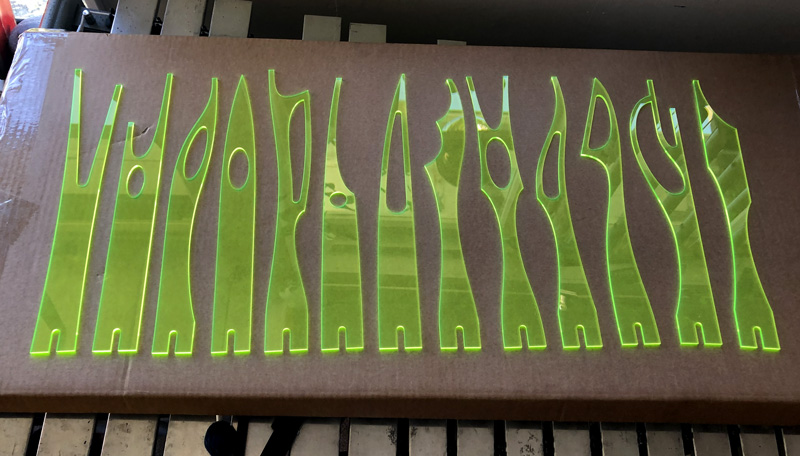 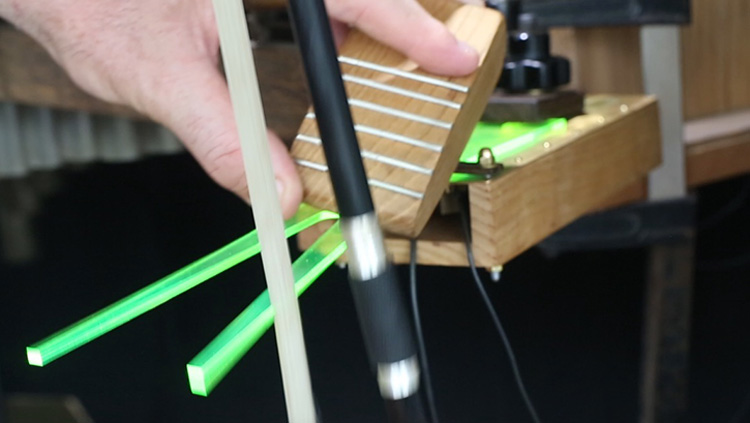 Finally, I began experimenting with unformed tongues – bending lightweight wood until it starts to break and twisting the resonant pitch of very thin metal.

The Daxophone body is essentially a highly sensitive contact mic instrument, so the recordings contain no room acoustic. Via these high rez preamps the sounds have a raw, immediate and often powerful nature.

Watch the MAKING OF Video at YouTube to see and hear a few of the sounds and methods. 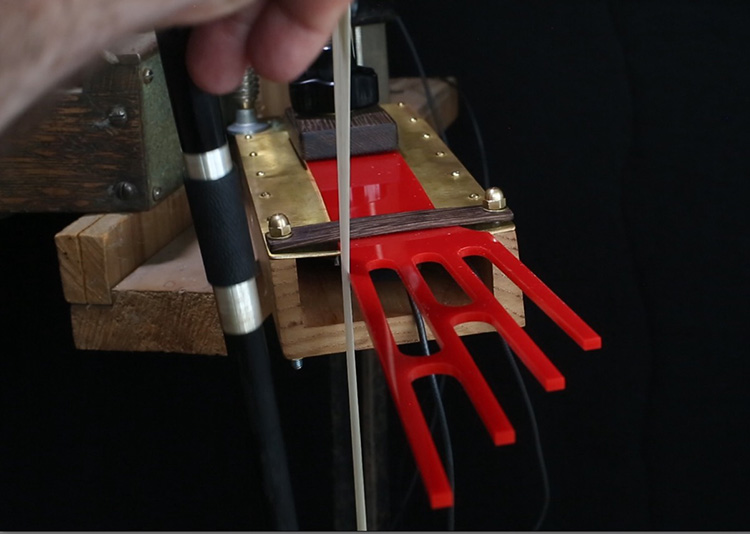 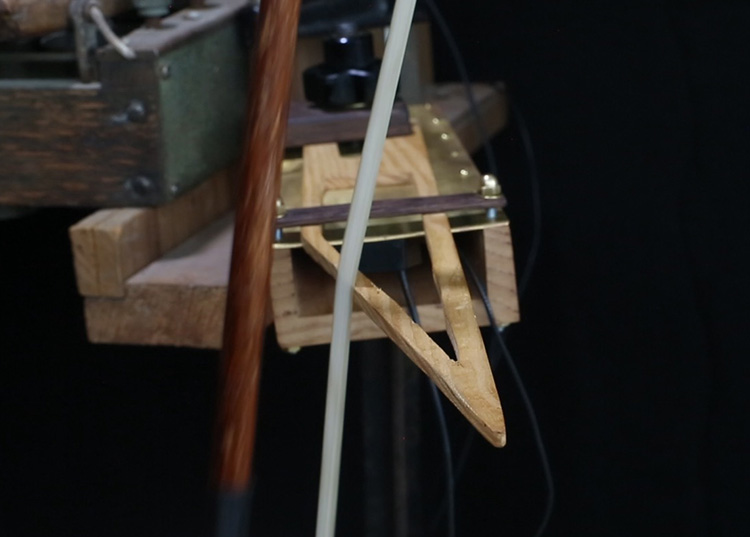 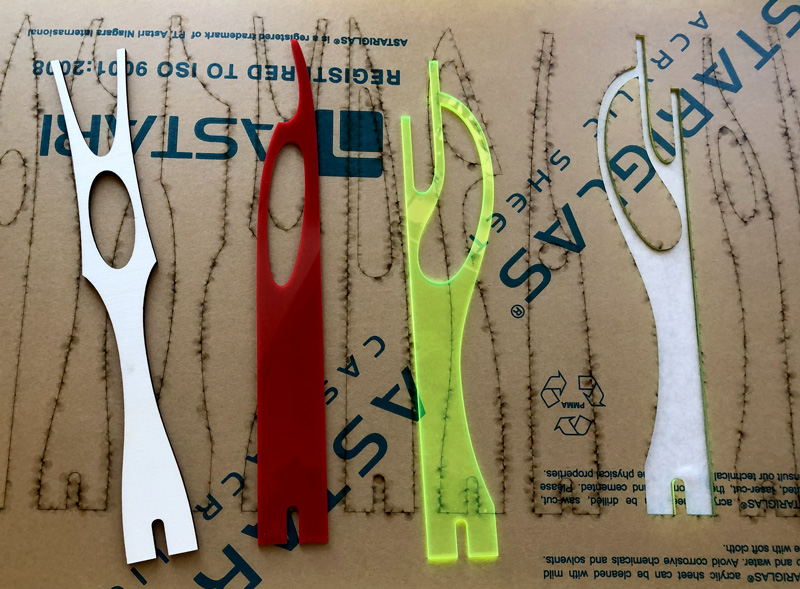 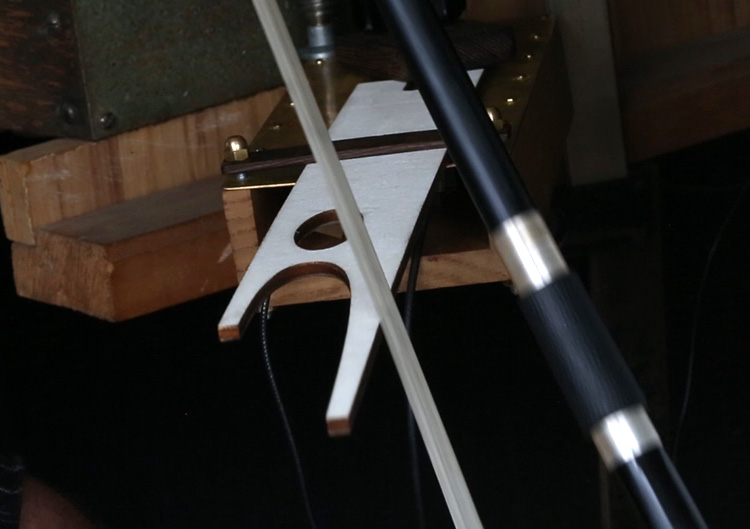 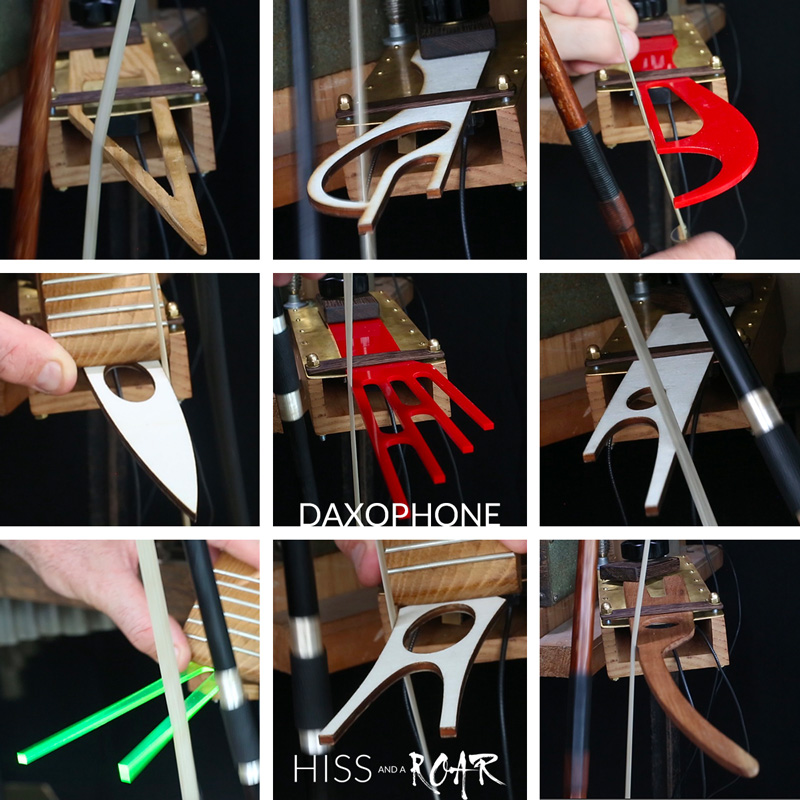 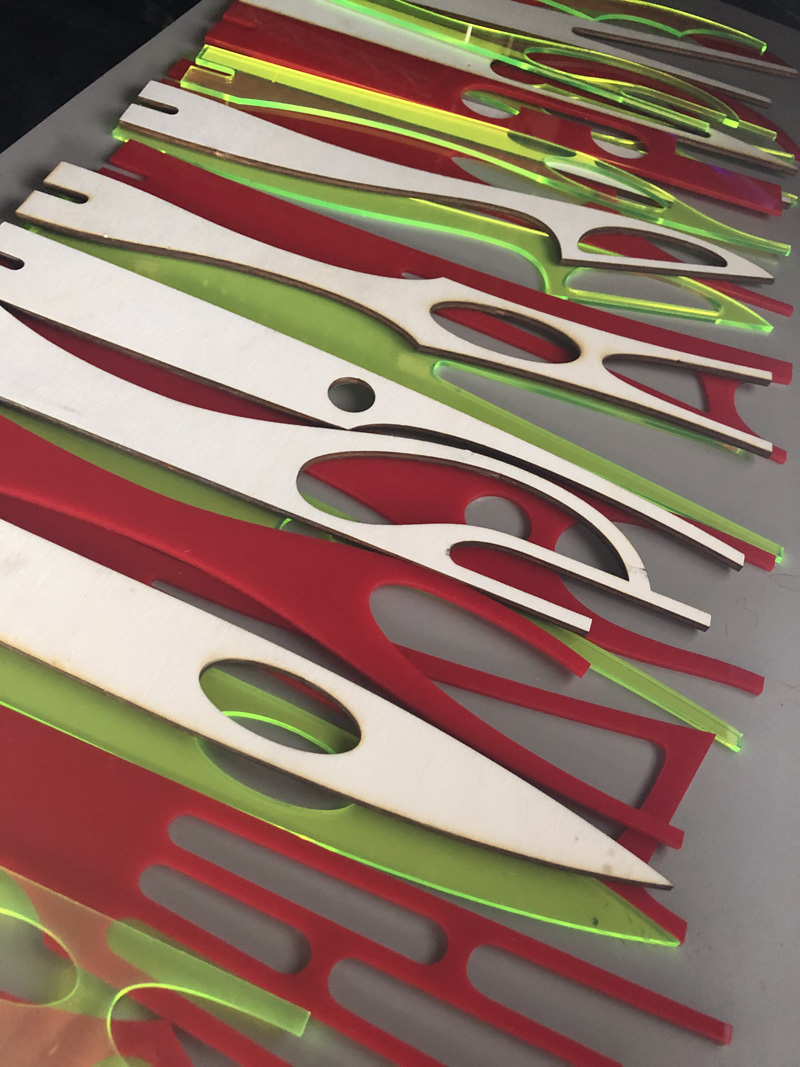 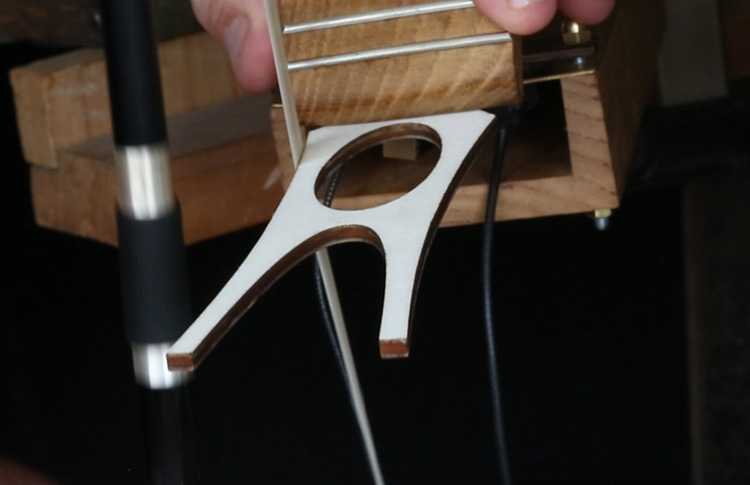 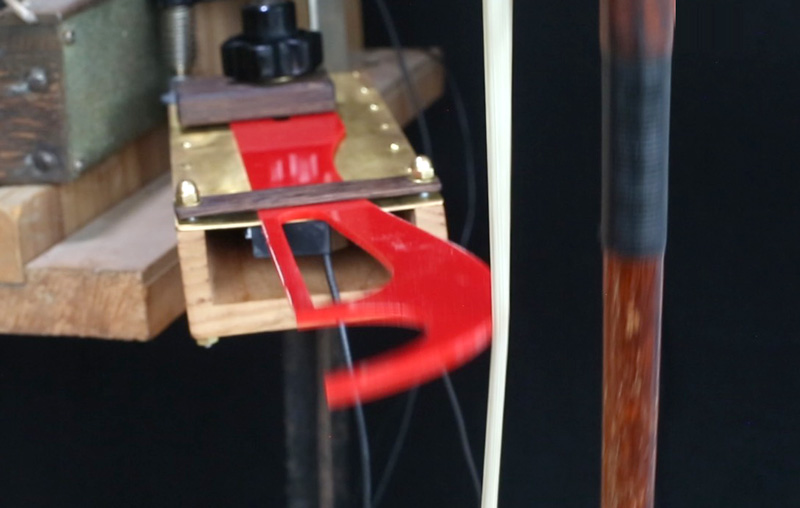 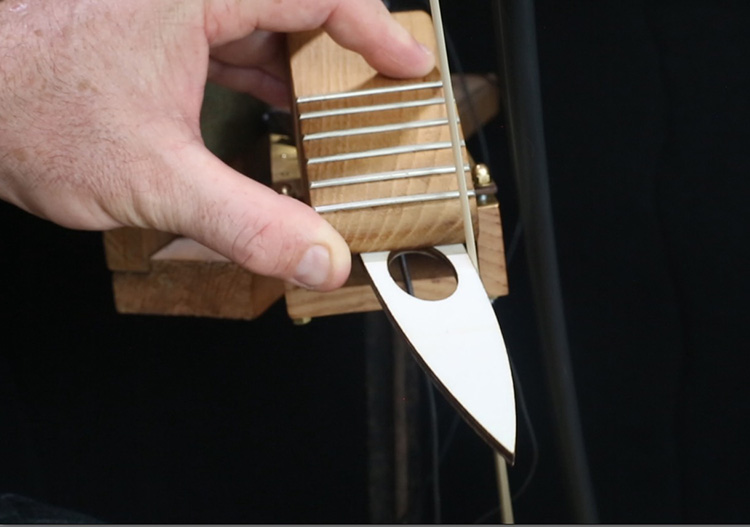 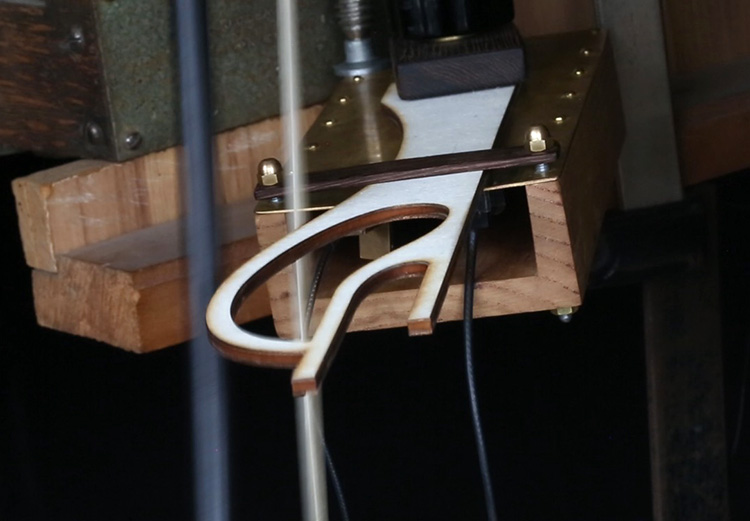 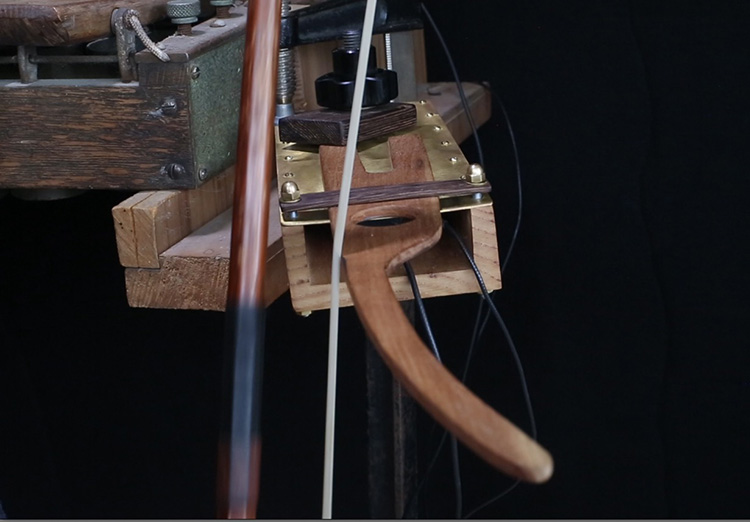 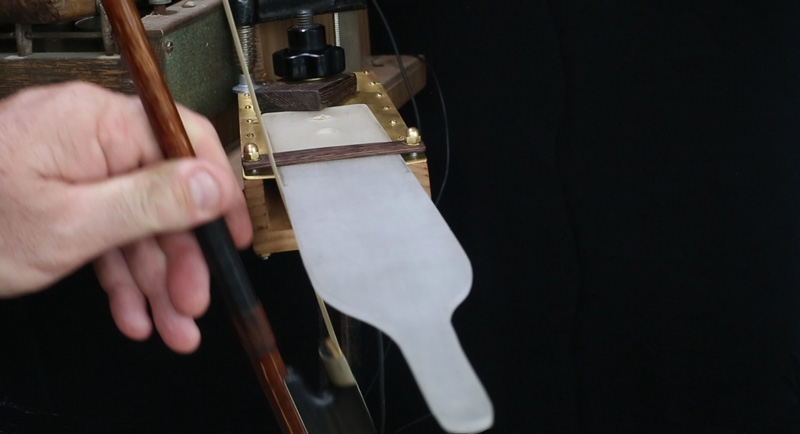