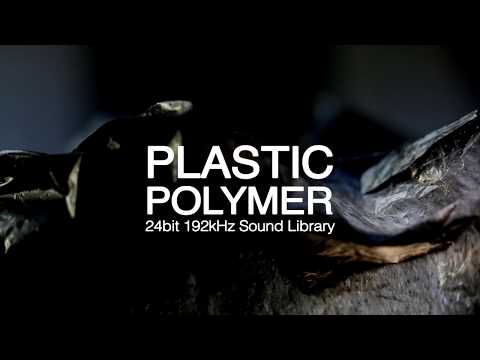 As of July 1st 2019, New Zealand banned single use plastic bags with a potential $100,000 fine for any company still using them and while we aren’t the first country to do this, it got me thinking about how something taken for granted in the name of convenience, is now history. But it also made me think about the sound of plastic…

Wellington is a windy city and during a gale it is not uncommon to see a discarded plastic shopping bag fly past, not at ground level but airborne… maybe heading towards the Great Pacific Garbage Patch (the largest accumulation of ocean plastic in the world, located somewhere between Hawaii and California) – if you haven’t seen the brilliant existential short film Plastic Bag by Ramin Bahrani (and perfectly voiced by Werner Herzog) then please put it on your watch list!

Thinking more optimistically about the end of plastic, I began paying more attention to its sound and every time I heard a different texture or tonality, I would save whatever form that plastic took… Six months later and my spare room was starting to look like a polymeric hoarders nightmare. Time to start recording!!

My first instinct was to simply capture a range of lightweight plastic movement. Years ago I worked on a short film with a crime scene, and the plastic barricade tape gently flapping in the wind became a reccurring sonic motif… And while foley might have eventually covered this aspect, we wanted to develop and manipulate the sound way before the foley team started work. But I also just knew there was more to explore.

One aspect of plastic that is environmentally problematic is just how resilient it is. So I challenged myself to find methods to stress and extract more dramatic, extreme sounds from it… Strange textures and complex percussive impacts were immediately apparent, and slowly more abstract and interesting sounds revealed themselves. After donning a gas mask I also did the unthinkable & burnt some plastic, capturing the doppler sounds so that hopefully no one else ever needs to. Acrid, horrid melted plastic gunk is now imprinted on the path outside my house.

But rather than try and describe the results further, please check out the Making Of video and the Souncloud preview below to get a feel for just how far beyond ‘normal’ foley this library ventures…

Recorded 24bit 192kHz with Sennhesier MKH8040 pair means any stereo movement – close or wider – is captured in highly detailed form. A small group of recordings are included which were made extremely close up, using the Sennheiser MKH8050 mic so close it is ASMR territory, with the proximity effect lending a unique crunch.