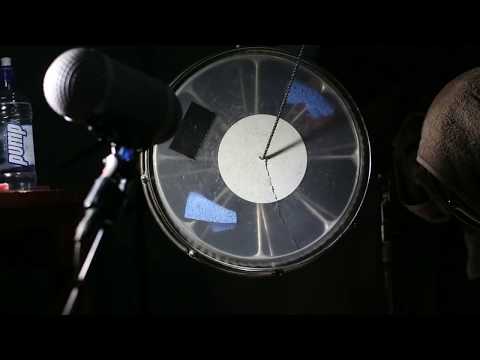 Did you know there is a percussion instrument called the LIONS ROAR?
Turns out it is from a family known as MEMBRANOPHONE with the most common example being the kazoo, but all members share the idea of exciting a taut membrane. 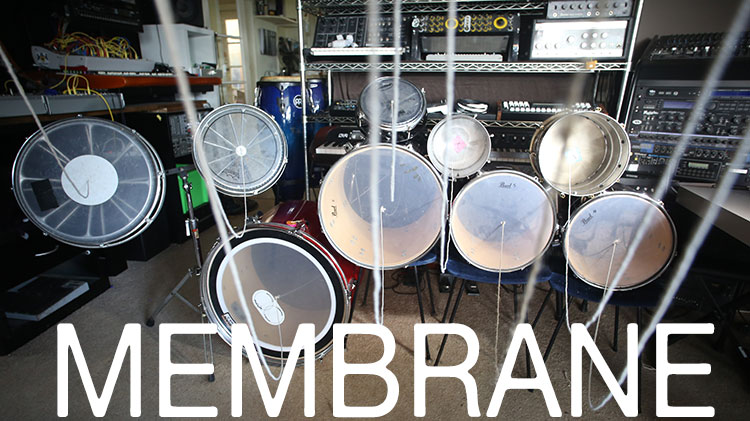 This library started off by accident, while on holiday in Vietnam, my girlfriend and I went gong shopping in Hanoi, and after buying two gongs (which make an appearance in the HISSandaROAR GONG library) I also bought a few other small instruments, including this little handmade novelty: 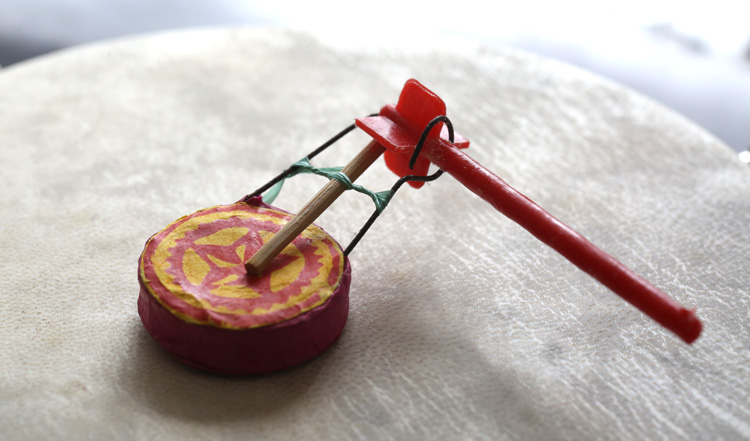 This simple mechanism makes great stridulating insect sounds, but what really surprised me was how loud it was. Little did I know I had just met my first membranophone, with the clicking mechanism being hugely amplified by the taut membrane. The contribution of the membrane becomes very apparent if you mute it with your finger – I did a simple test recording the click with the membrane muted and then free to resonate and there was a difference of over 12dB – pretty impressive results for a simple membrane!

The next step on my membranophone path occurred very recently, while listening to some music I noticed one rhythmic element that had a unique sound to it. After some research I discovered it was the Cuica, which is a Brazilian friction drum (the name comes from a gray four-eyed opossum which is known for its high pitch cry) Of course most gamers will know the sound of the Cuíca as it has been used in many classics, but it got me thinking about how it might be manipulated to create useful source material for sound design, so I ordered an 8″ Cuica. 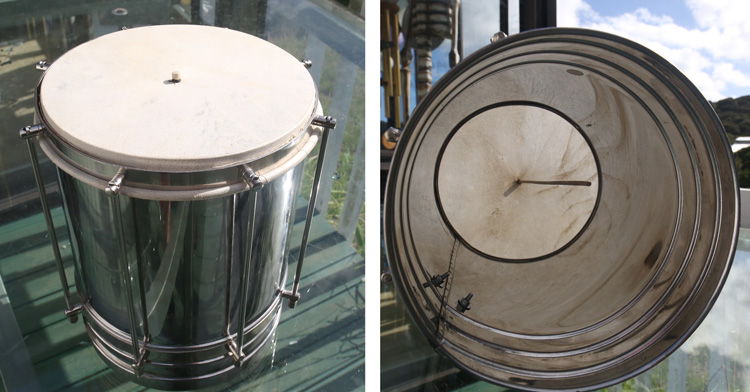 But when it arrived I got a very pleasant surprise, my new Cuica had been shipped with the drum head detensioned i.e. the drum skin was almost slack. And when I played the friction rod, the sound wasn’t the classic squeak – it was much lower in pitch, and potentially much more useful! Next step, I ordered in a 10″ Cuica… But that was still just the beginning of my exploration for this library…

While researching membranophones I discovered that there was a percussion instrument called the LIONS ROAR. Now I have been a sound effects editor & sound designer for 25+ years but this was news to me. What or how could a percussion instrument create anything like a lions roar? But then I remembered reading about how they made the creature vocals for the original Godzilla. Back in 1954 the sound effects editors had struggled to create a convincing vocal for this new monster using animal recordings, and it was the composer for the film Akira Ifukube, who eventually came up with a unique solution, dragging a resin-coated leather glove along the loosened strings of a double bass! And so it turns out the LIONS ROAR instrument uses a similar approach, with a length of twine terminating on a drum head played with a rosin coated hand, much like a large scale Cuica. OK my mission was now starting to get very intresting!

After learning to play, experimenting with skin tension and then recording with my two Cuica, I began experimenting & recording with some large scale membranophones as per the Lions Roar. First I removed the bottom skin off the unused toms from my drumkit, and pierced their top skins threading twine through and performing with double bass rosin on my hand. Next I ordered in some pine resin and beeswax and experimented with how they changed the tonality. Next I tried the same approach with the largest rototoms that I own, so I could easily alter the pitch of the skin while playing.

Then in typical HISSandaROAR fashion I pushed the idea to extremes, converting a 22″ kick drum into a huge low frequency membanophone. 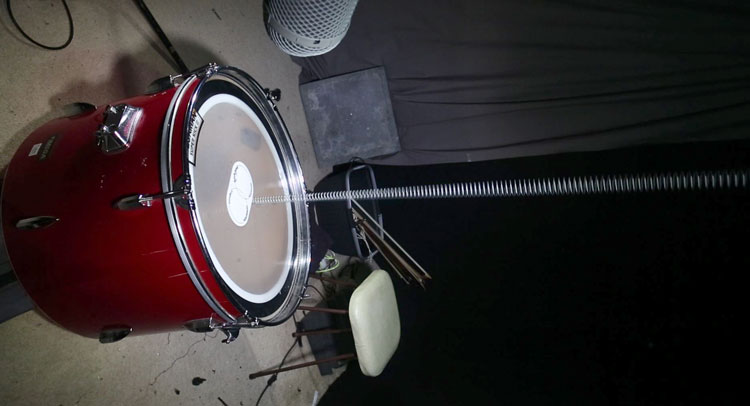 I also experimented with different grades of string and rope, as well as bungy cord and inevitably some long springs… And moved my recording into the stairwell of my house, so the string length could be increased to 5 metres… I eventually ripped one of the rotoms skins and again by accident discovered it was capable of some very interesting sounds by dragging and threading different grades of rope through the skin.

Recording required a somewhat different approach, first critically listening as to the source of sound generation with each setup and then experimenting with exact mic positioning. Accordingly this library was recorded & is delivered dual mono 24bit 192khz with an MKH8050 close up and an MKH8020 wider, to capture lower frequencies.

And the results of all this exploration? The results are very interesting!! From unique creature vocals to practical effects, transitions, and movement… the resulting library is an extraordinarily rich resource for creating iconic new sounds. Have a listen: 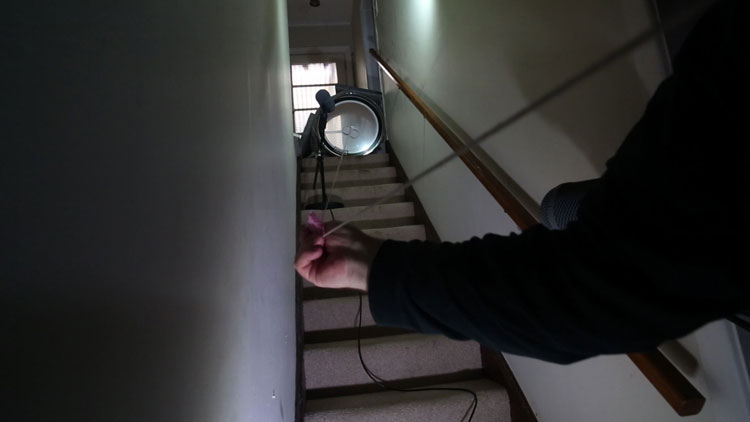 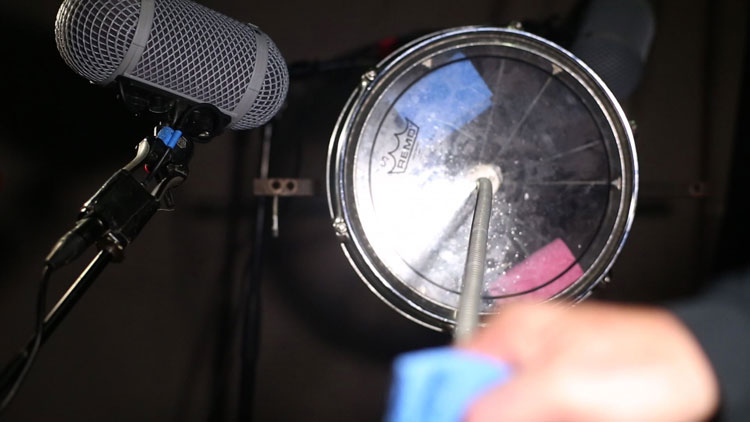 And lastly, an amusing anecdote from my childhood.

I grew up on a farm in rural Canterbury, in the South Island of New Zealand. Our farm was half a mile up a gravel road from the main road and to get to school we would bike down to the corner and catch the school bus. As a child one of the toys that swept through our tiny school was a little metal insect clicker, which if you pressed on its back the metal would invert and click, and then click again when you released the pressure and it reverted.
So one day I am on the bus and a lot of us had these little metal insects and we were creating a racket! Just imagine an old school bus, driving through farmland with the sound of a swarm of kids, gleefully clicking up a storm of stridulation! Anyway the bus driver was Mrs Kane, a lovely woman who used shout us all icecreams when we went on field trips. But on this day she had had enough. In the middle of nowhere she slams the brakes on, stops the bus and turns around and addresses us all: “I WILL NOT DRIVE THIS BUS UNLESS YOU STOP THAT CLICKING!!!”
Silence….
She puts the bus into gear and off we go…

In that moment I learned that even the smallest sounds, a tiny click from a childs toy, can drive an otherwise normal human crazy! 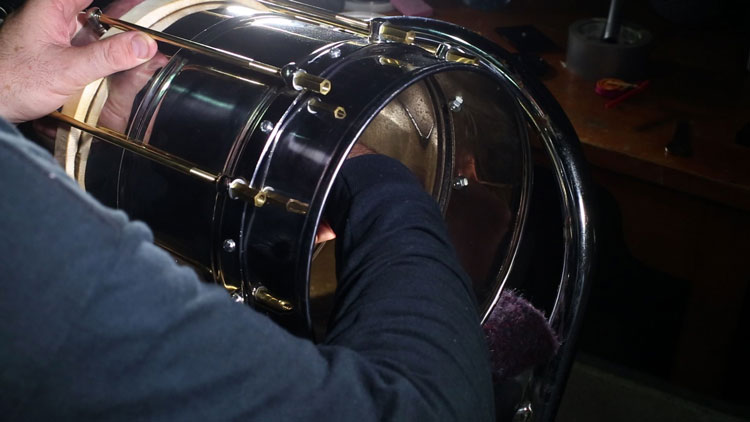 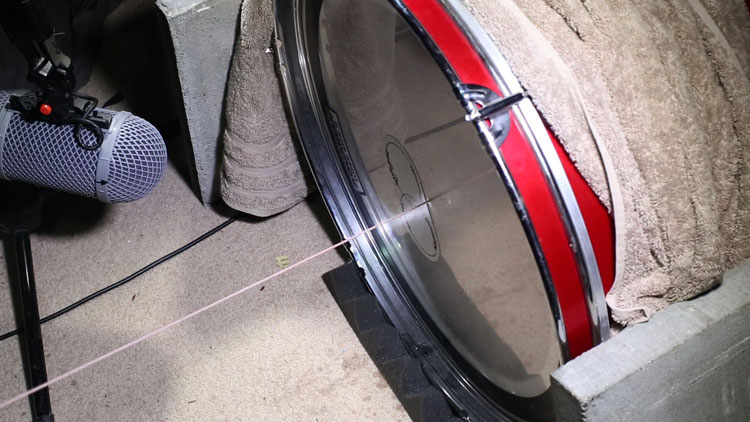