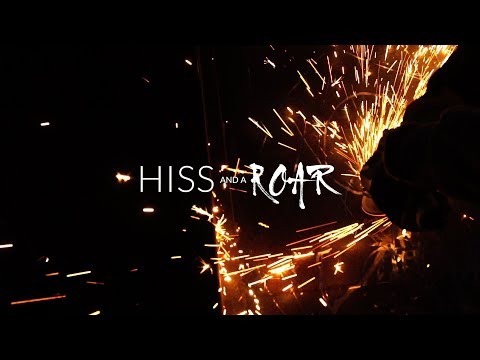 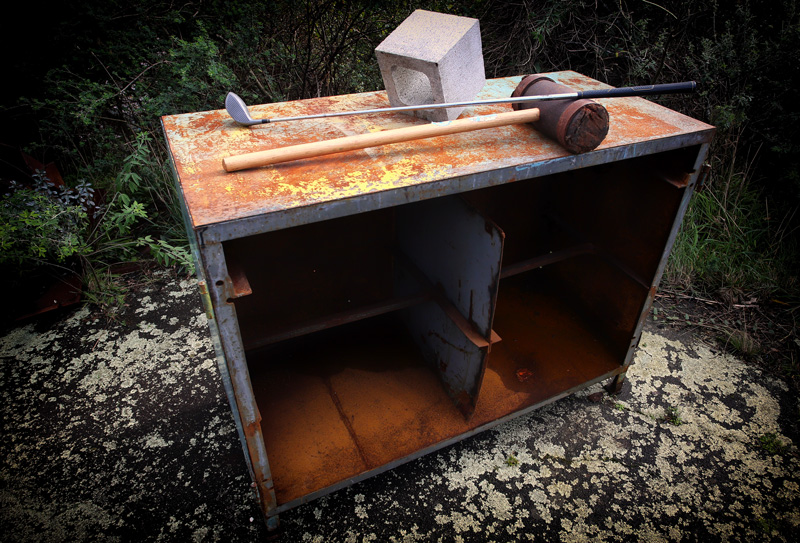 The recordings for this library fall into four stages:
1. Metal cabinet hits, impacts, moves & scrapes with rattles
2. Grinding, cutting & hitting the rattly parts until they are removed
3. Metal cabinet hits and impacts with clean resonance
4. Robot drummer hits with speed ramps up to 999bpm, as well as erratic snare rushes

For the louder harder hits we used a heavy wooden mallet and a metal sledge hammer, but also experimented with three Polyend PercPro robot beaters, which respond to MIDI note & velocity… While they were designed primarily for percussion instruments, being computer controlled means we could try for example, triplets at 900bpm (sounds a bit like a diesel engine!) and ‘metal cabinet snare rush’

Preview is mainly one example sound from each file as per the file list below. Hits and Impacts first, then moves, scrapes, friction… then grinder, then PolyEndPerc Pro 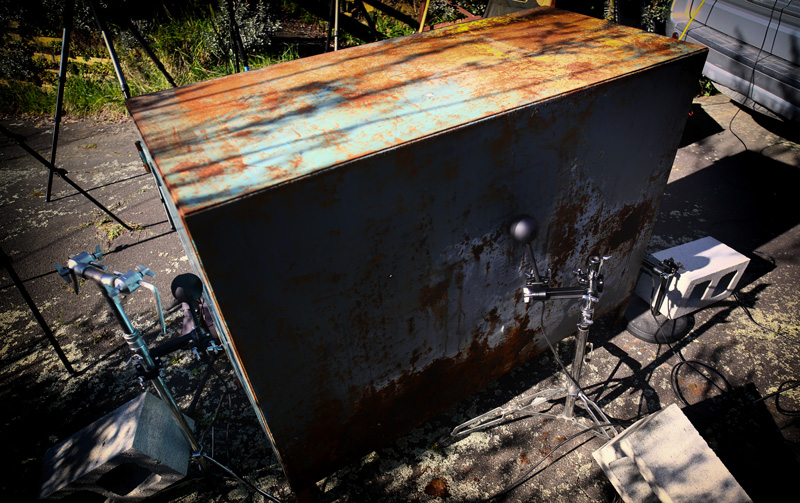 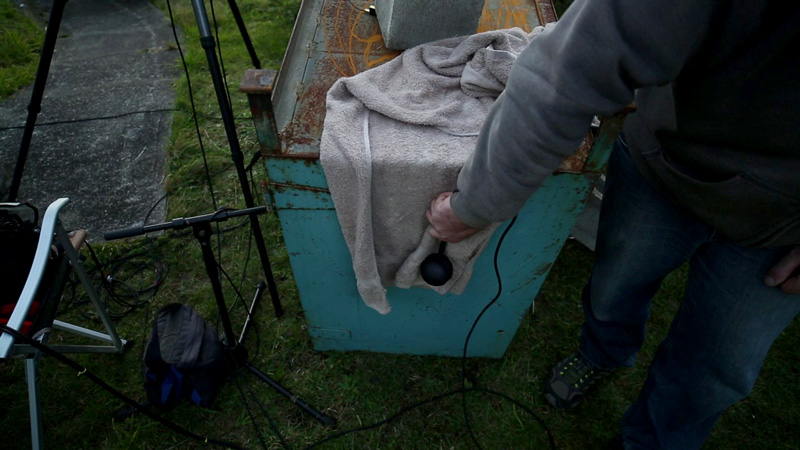 As with many resonant objects, the softer impacts have deeper resonance than the harder hits so those recordings were completed in the dead of night (sorry neighbours!) using a variety of mallets and friction mallet techniques, once the rattly parts of the cabinet had been removed. 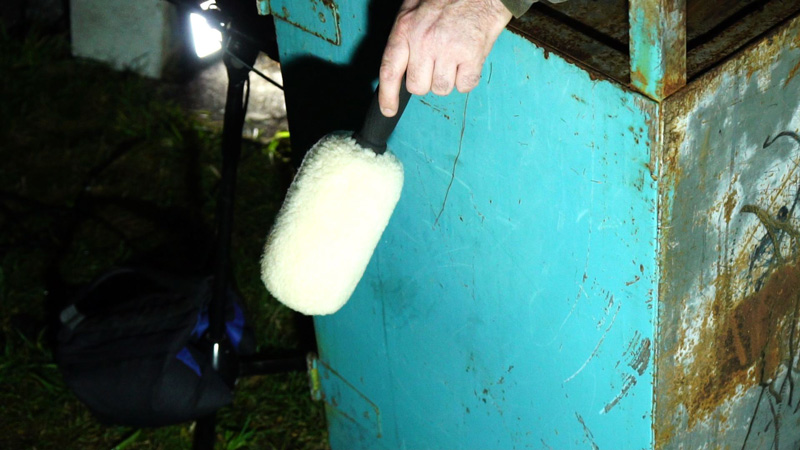 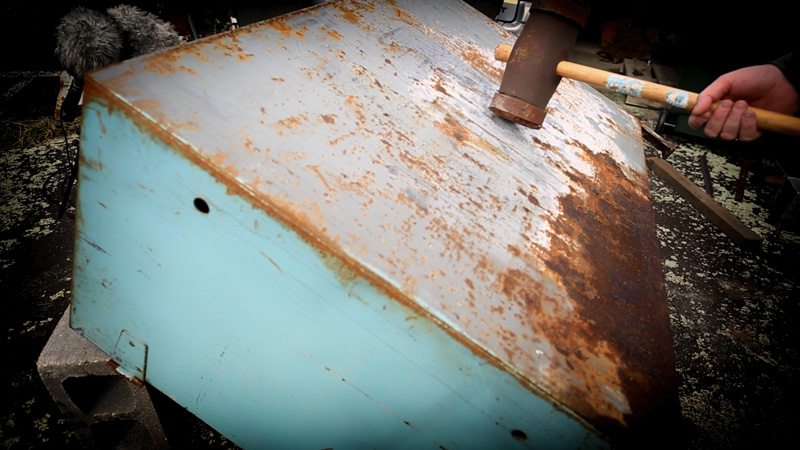 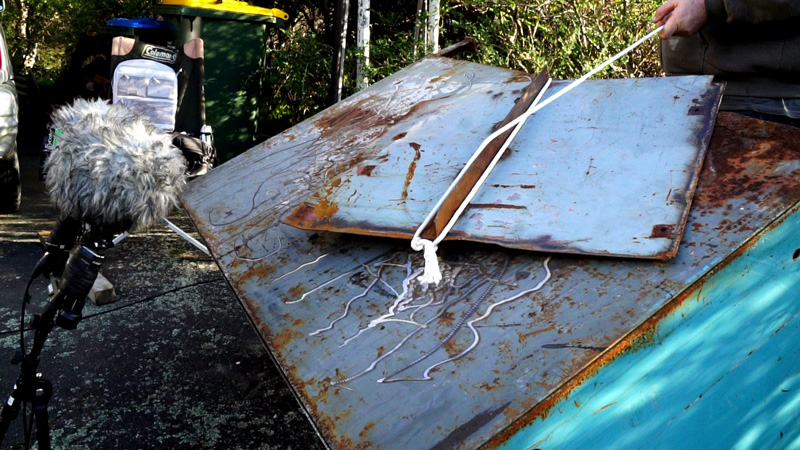 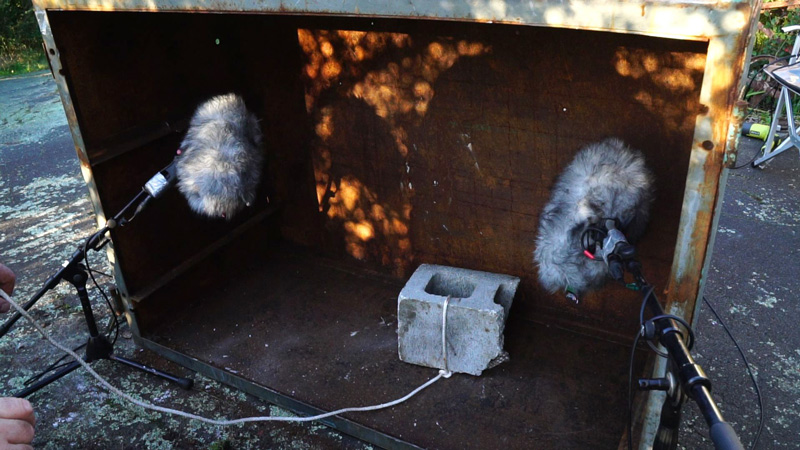 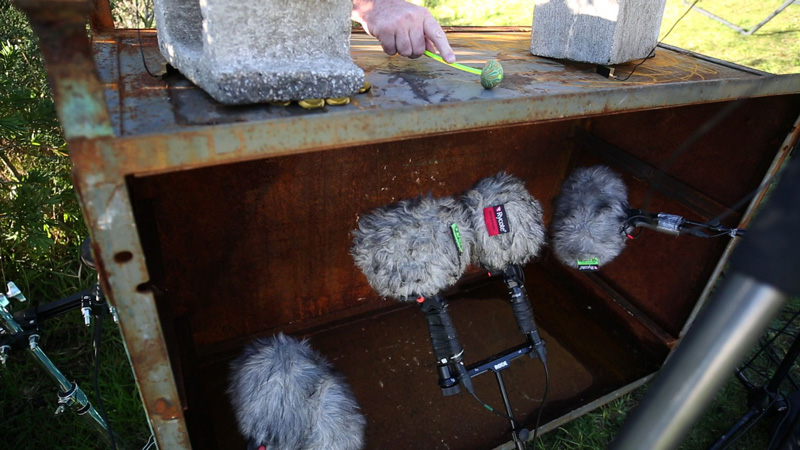 What sparked this library into existence? Well, like most sound designers I am always on the look out for new sounds & ideas to pursue, and one day I noticed that my neighbour had been cleaning out their garage workshop, and a very solid workshop bench had been loaded on to their trailer, presumably destined for the dump/recycling. Wandering past I gave it a thump in the side with my fist… and oahhhh! the resonance was beautiful!
It must have been a welders workbench as it was completely made of steel, angle iron frame was rigid and the steel membrane across the back & sides was acting like a very low tuned drum – deep bass. The next day I spoke to the owner, who agreed to let me have it…. 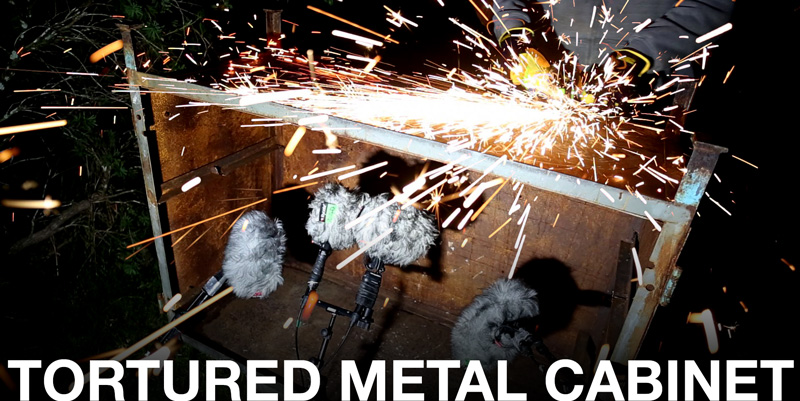