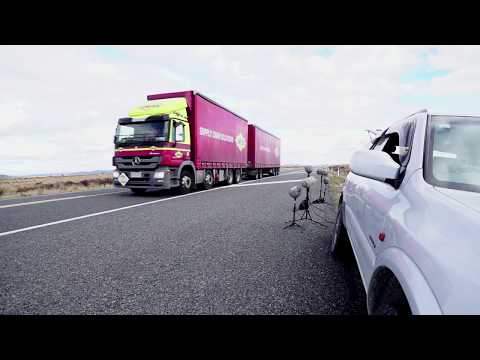 The primary motive for this library is to kill a cliche – if you are a Sound Effects Editor you will know there are certain sounds that are tired, over-used cliches. While the Wilhelm at least has some historical significance, some other sounds from old CD sound libraries still get trotted out and for anyone striving for unique, original soundtracks they are painful to the creative psyche… Example #1: the Doppler Truck Horn

While the idea and typical application for this sound is very useful, having only one take has meant the same old sound effect keeps appearing, to the point of cliche. So we set out to hammer a nail into its coffin.
More details of the recording mission below, but first check out the video: 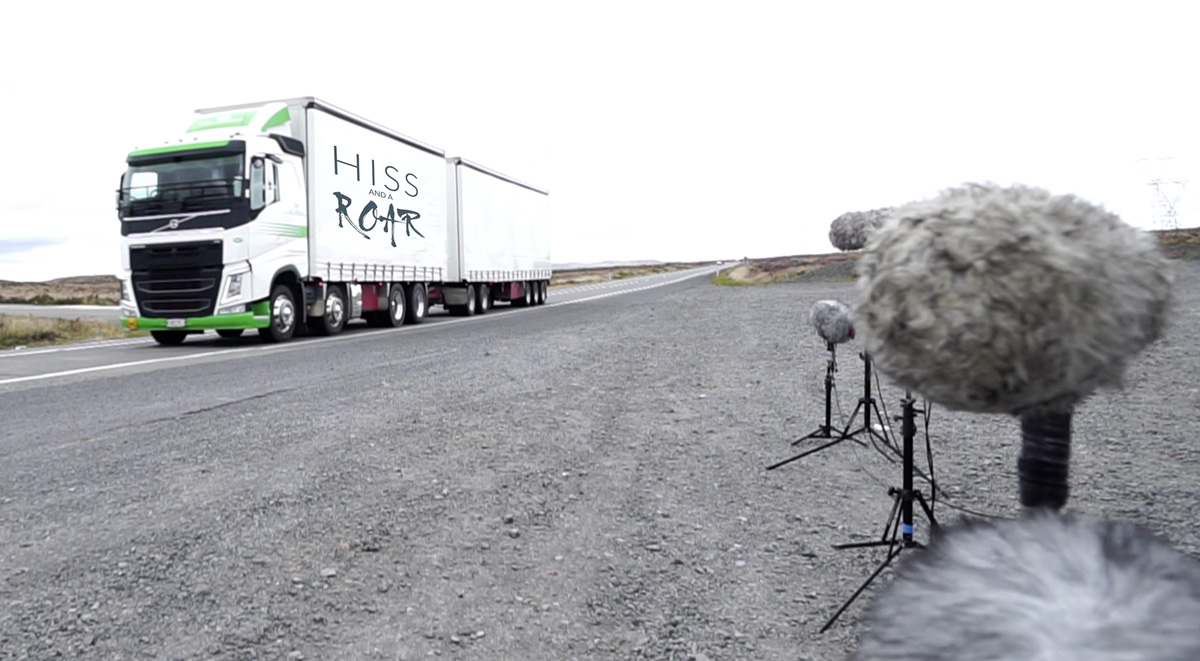 Desert Road is a four hour drive from my studio, and as the name suggests is a wide open stretch of State Highway 1 – both desert-like and best of all, deserted. No one lives in the area and the only occupants are people in cars… and trucks! I scoped out good locations for recording and then waited weeks for the weather to settle down – being at higher altitude the area is also wind-prone… Eventually two days were forecast in a row with minimal wind, so I made a sign, simply saying TOOT! then loaded up the car & set off… still not 100% sure this idea would work.

After setting up my mics and gain staging appropriately, I started recording. I was a little nervous as to what the Police might think of my idea – the last thing I would want to do is distract or endanger drivers… So I chose a long straight bit of road with plenty of space off the side, so I was not close to the the traffic for safety reasons but to also allow physical space for sound to envelope my microphones. After 5 minutes a police car went past, didn’t stop. OK… I got my sign out & waved it at the next oncoming truck, while also madly gesturing at my mics. The driver got my message and let rip with a brilliant blast! Five minutes later another police car drove past, didn’t stop. I carry on, gesturing like a village idiot at every approaching truck, and about 50% of them responded!

An hour later I see one of the Police cars returning, and he pulls in beside me. I start my gambit: “I’m not crazy – I have a good reason for doing this…” – we have a great chat for 15 minutes, I give the officer my business card and say “this has my number on it, if there are any issues please call me” He replied he had seen me an hour ago, had no issue and had also received no calls so all was good. But before he left I thought I’d push my luck; “any chance of a doppler siren?” Sure, no problem!

In total I captured 89GB of data – 6 track audio + sync video! The truck doppler horns range in performance from a friendly toot, to an apocalyptic blast from 25m away, sustaining right past the mics! But a similar number of passing trucks refused to toot, which at first I was disappointed about but then realised it would be a better sound library with those included. There were also a few car & bus horn dopplers… and a New Zealand Police siren, thank you Officer! 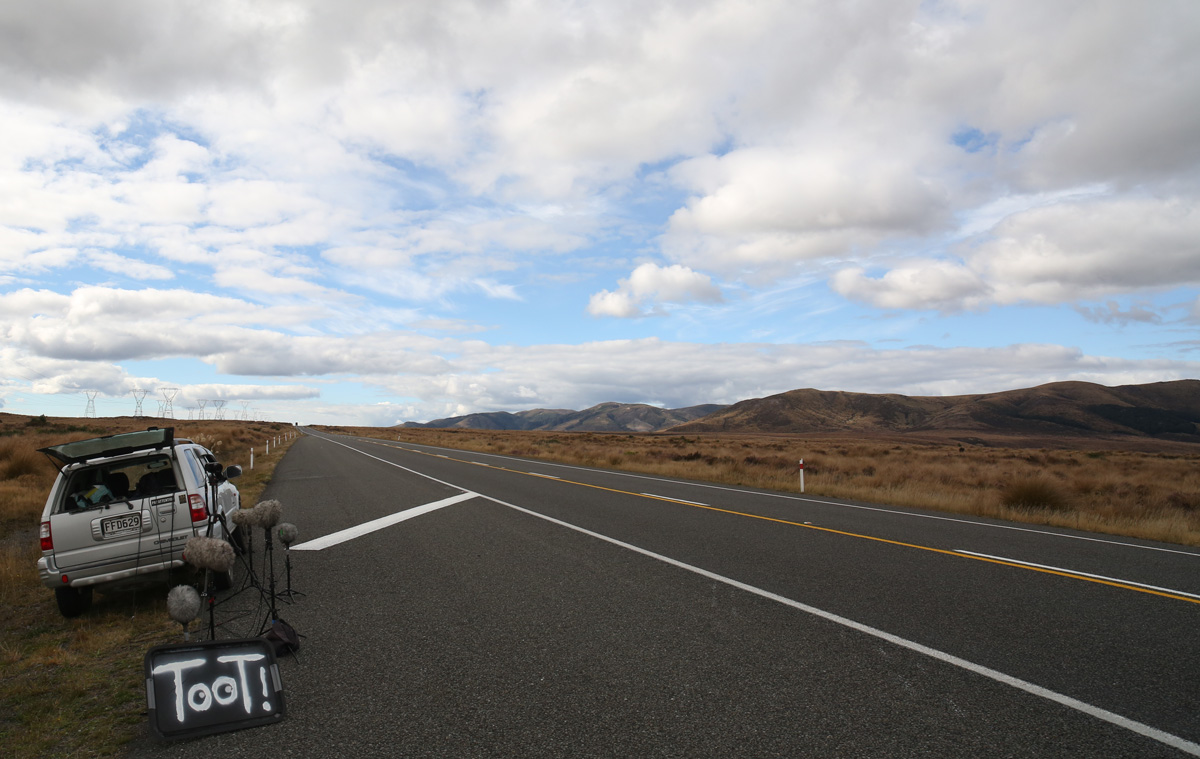 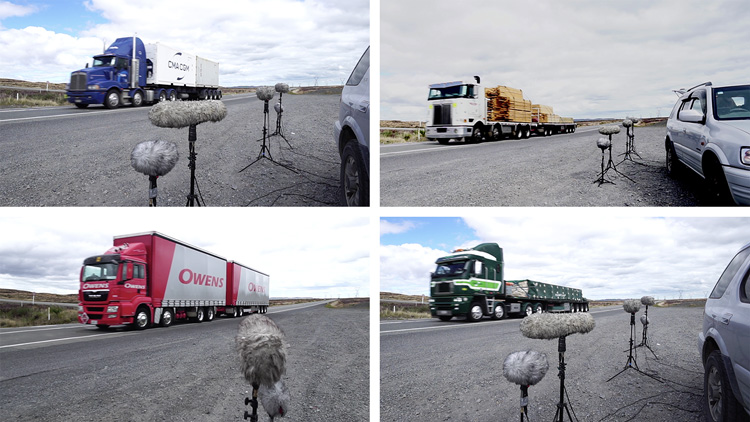 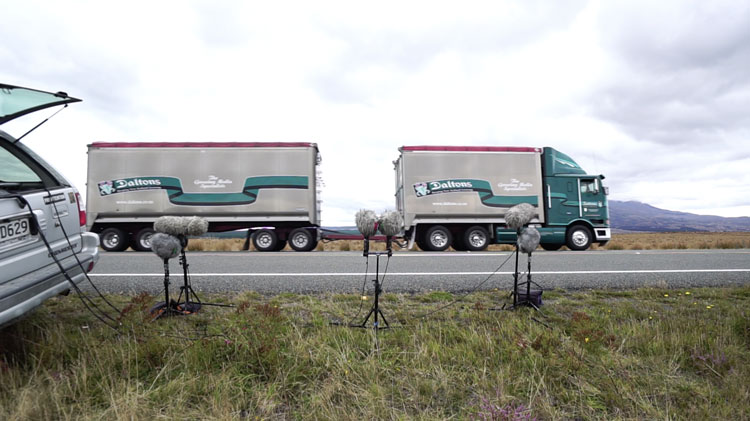 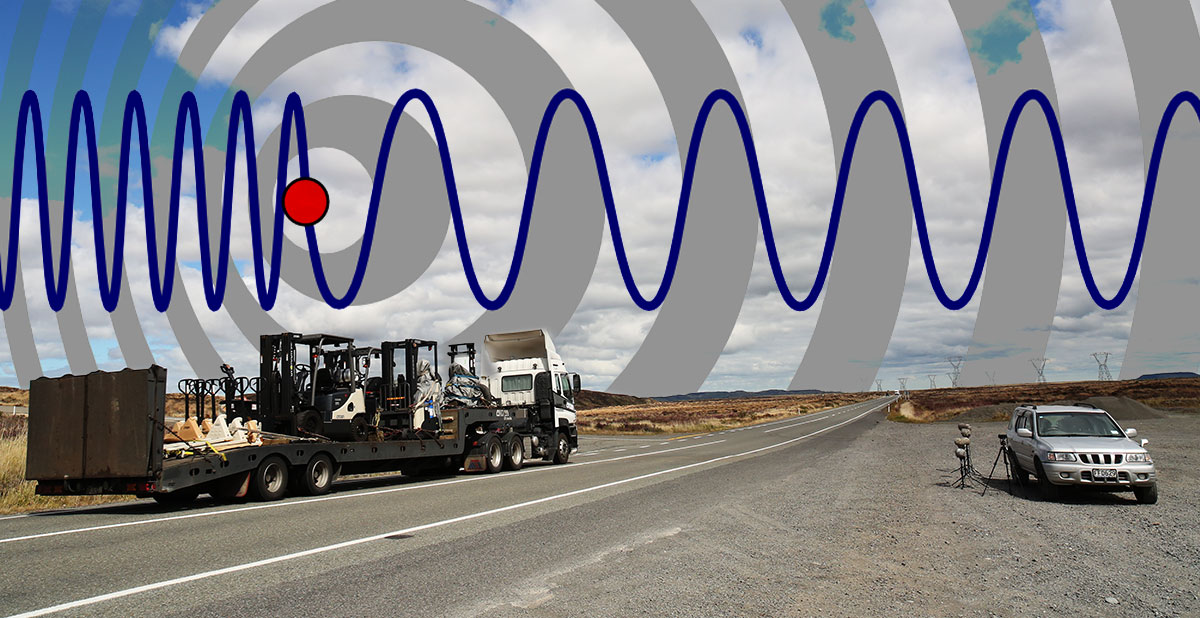 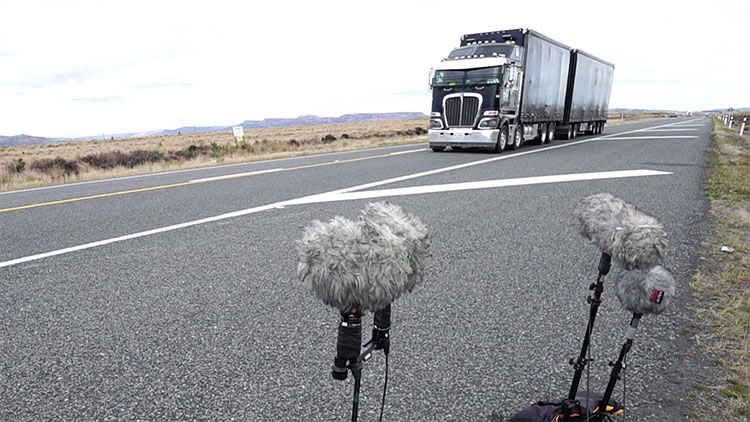 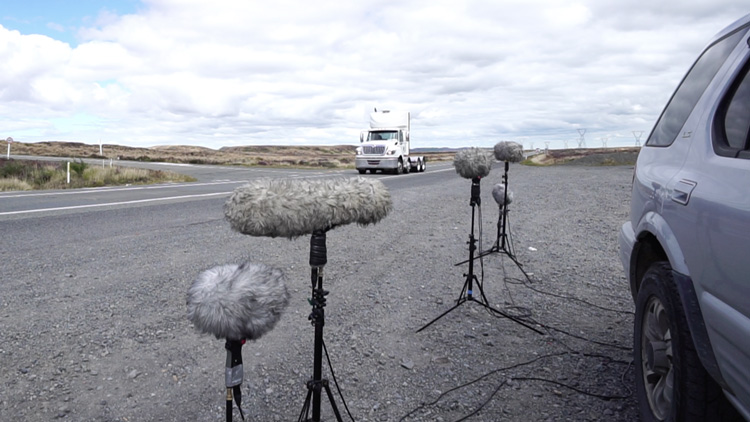 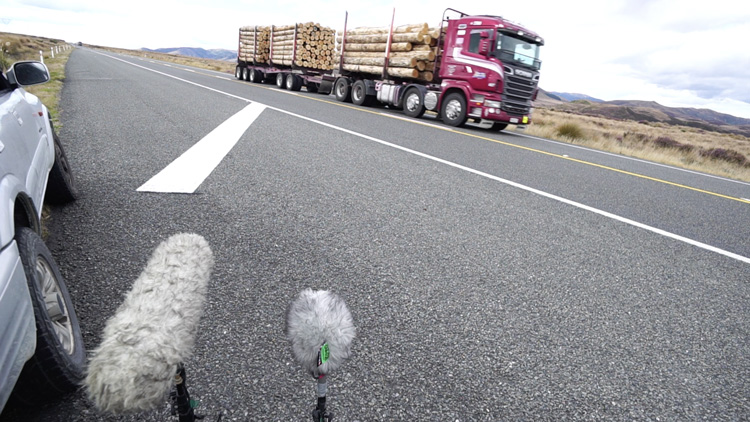 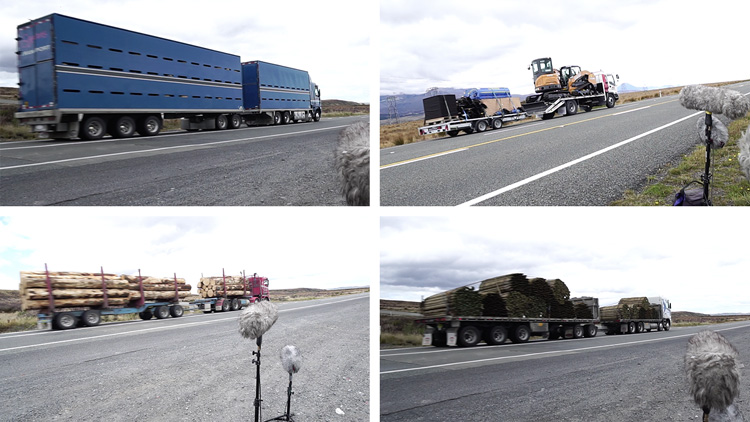 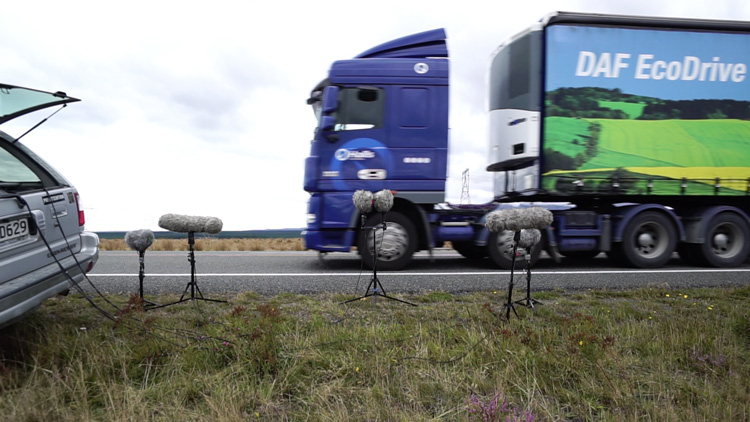