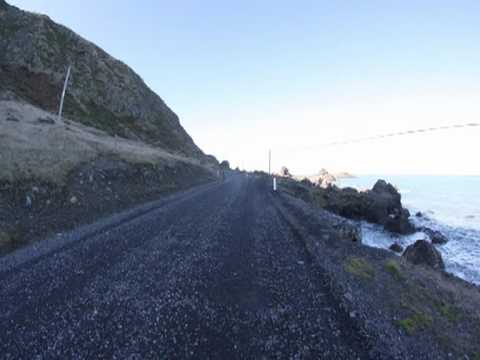 There are three species of seals which visit New Zealand's coastline but it is the fur seal (Kekeno) which is the most prevalent.

Fur seals can grow to a size of 160kg and are fearsome sounding creatures – accordingly I made these recordings using the longest mic boom that I could find, I wanted close up recordings for use as components of creature vocals, but I sure didn't want to get bitten (my Rycote survived at least a dozen bites though!)

My primary goal was to isolate the seal vocals from the ambience, for use in creature vocal design, so this library was recorded using a Sennheiser MKH70 microphone due to its “excellent directivity… particularly suited to applications undertaken in difficult conditions, such as high background noise & distance microphone positioning. Its frequency-independent directivity prevents sound colouration from off-axis sound sources.”

The adult fur seal vocalisations include gutteral growls and roars, heavy snorts, strange rhythmic shrieks, bites and sudden jaw snaps, all of which have the scale and tonality of a large mammal. The adolescent seals have an almost dog-like growl, very sharp snapping jaws and a piercing shriek, which is incredibly evocative from a distance but up close is seriously disturbing.

These recordings were all made in an exterior location (Cape Palliser) as per the video, to differentiate from the recordings I have heard in other libraries that were obviously recorded in an enclosed/reverbant zoo environment.

I relied on the excellent swell map website to predict tides and ocean swell so I knew when to be out recording to minimise background sea ambience – as per the swell map below I was literally out recording at dawn on Saturday 22nd and Sunday 23rd May.