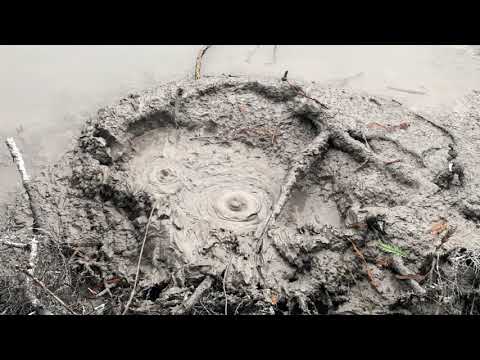 On the same road trip to Ruapehu, I also revisited a large scale mudpool near Rotorua and recorded the geothermal activity using a pair of Aquarian H2A hydrophones. I had checked with Aquarian Audio that their hydrophones could cope (they confirmed they have boiled them when testing!) but I started out cautiously, dropping the hydrophones into bubbling mud near the edge of the pool, listening, then retrieving them to check temperature.

Half an hour later I was attempting to land the hydrophones right out in the middle of the pool, and it was fascinating to listen to so much activity below the surface, and with such variety and range, by moving the hydrophones. Eventually I landed them right on a gloopy bubbling mud vent and captured individual bubbles, as well as later risking them in a small fumerole.

Check out the Making Of video – in total twelve different pairs of locations in the mud pool were recorded. The resulting library is delivered as stereo .WAV files for convenience, but is really dual mono as there is no stereo correlation between the two hydrophones. While the H2A microphones do not capture a lot of high frequency content when in mud, the low frequencies are quite extraordinary and while editing I often felt the air movement from my subwoofer. 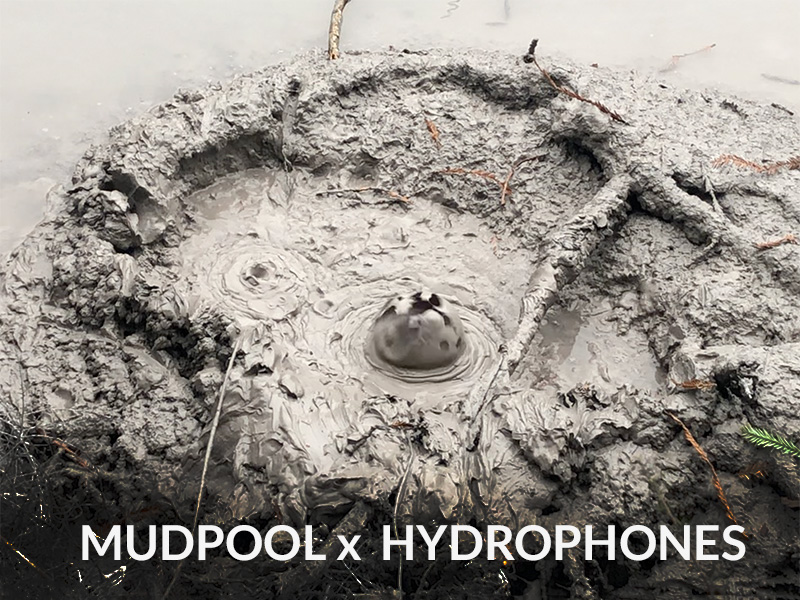 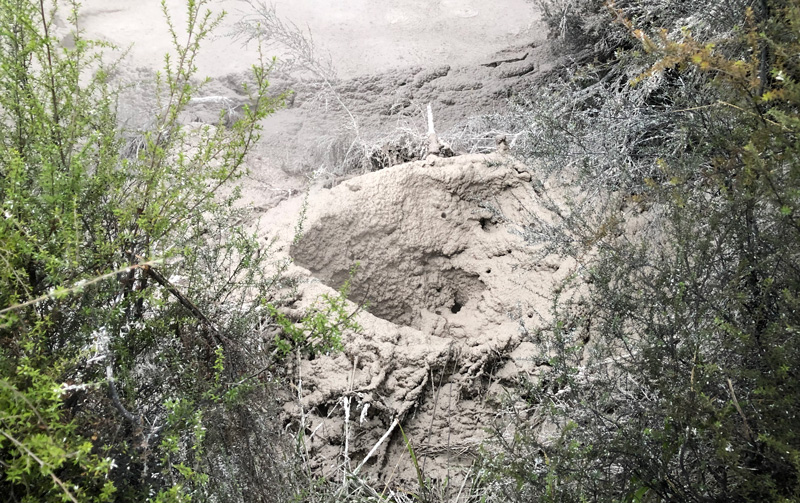 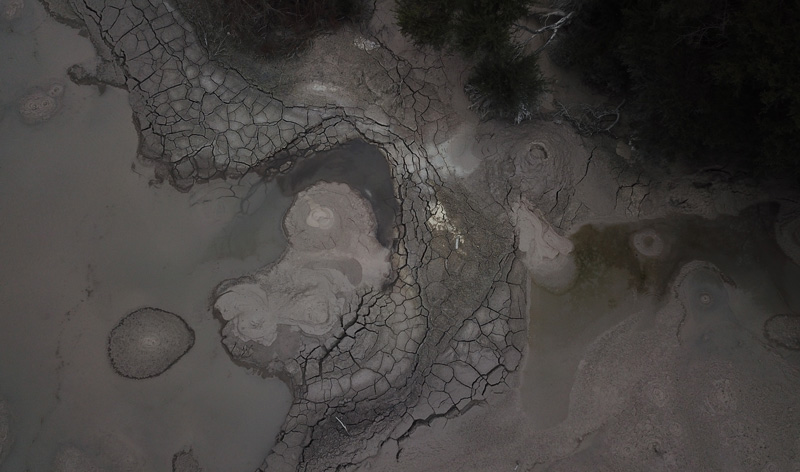 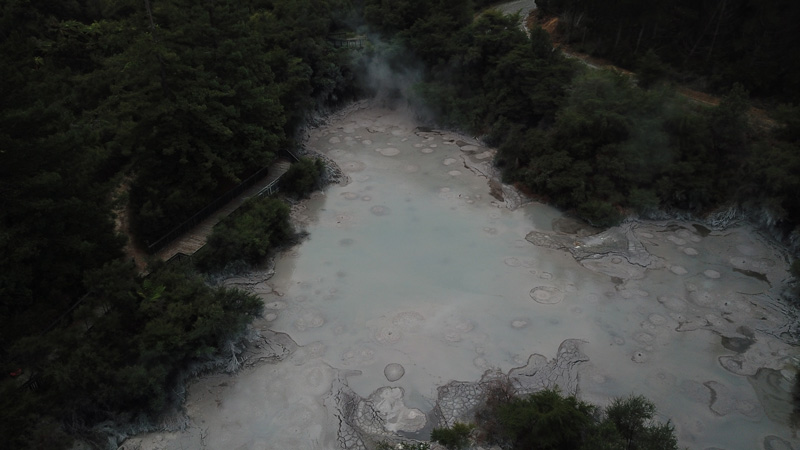 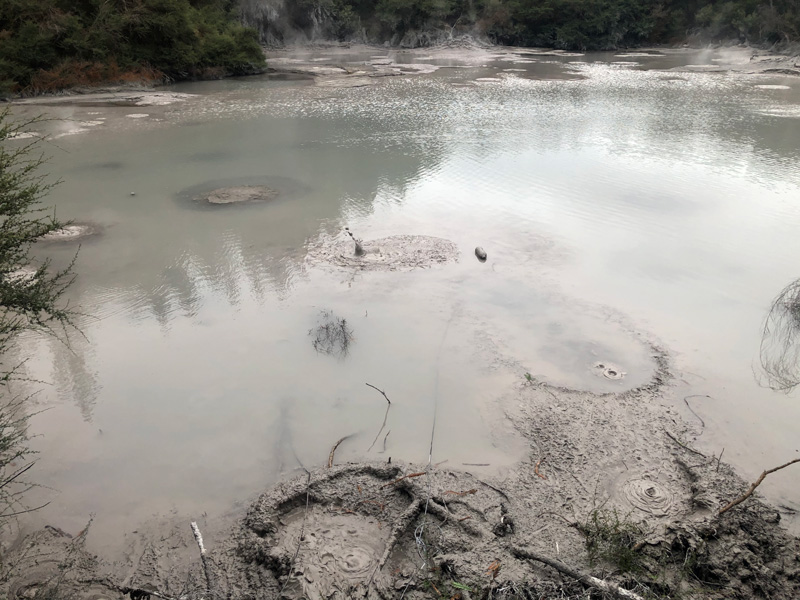 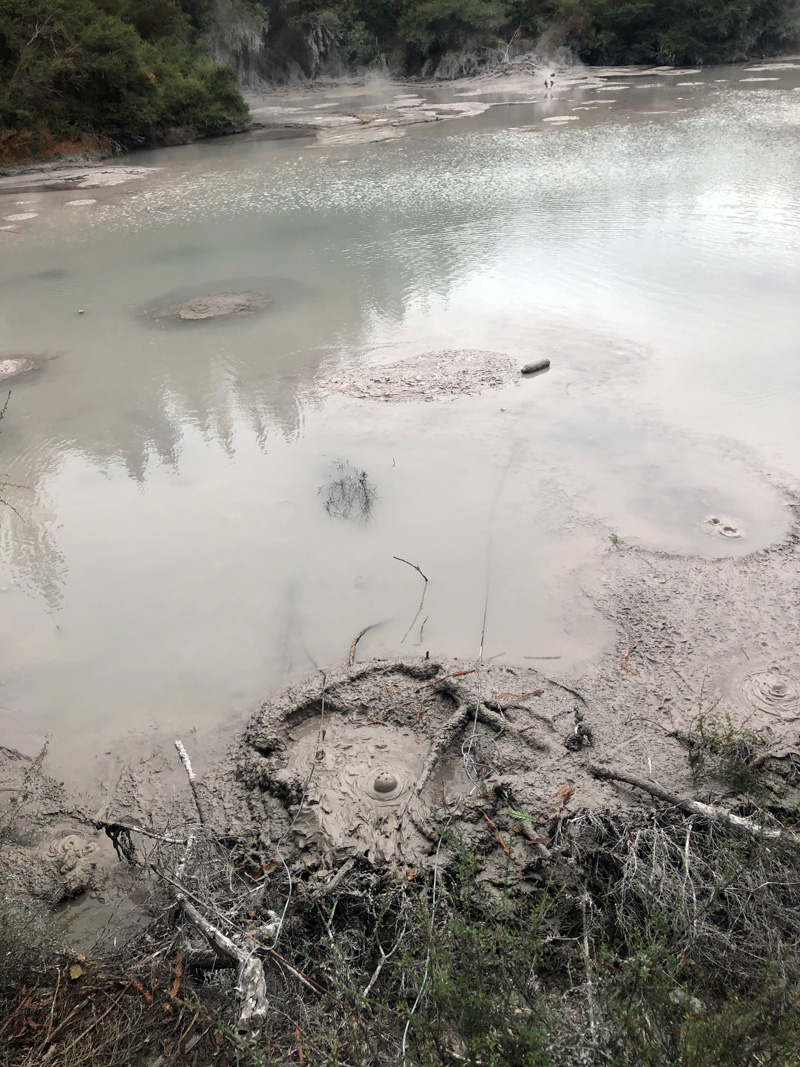 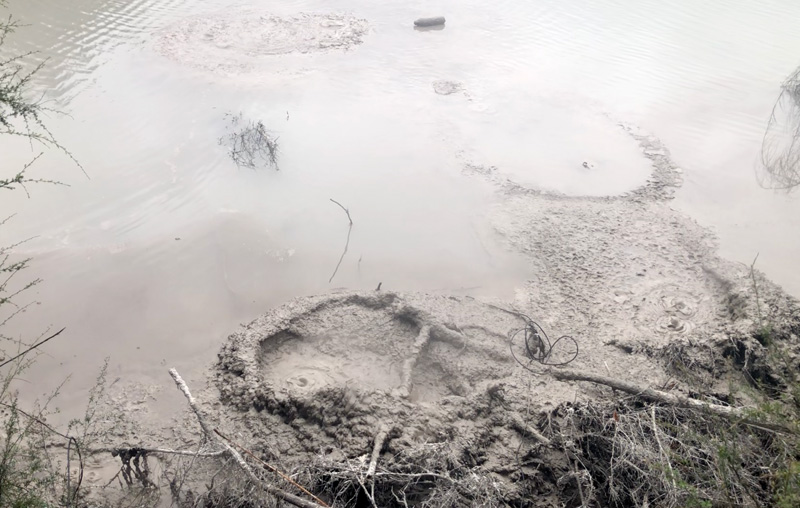 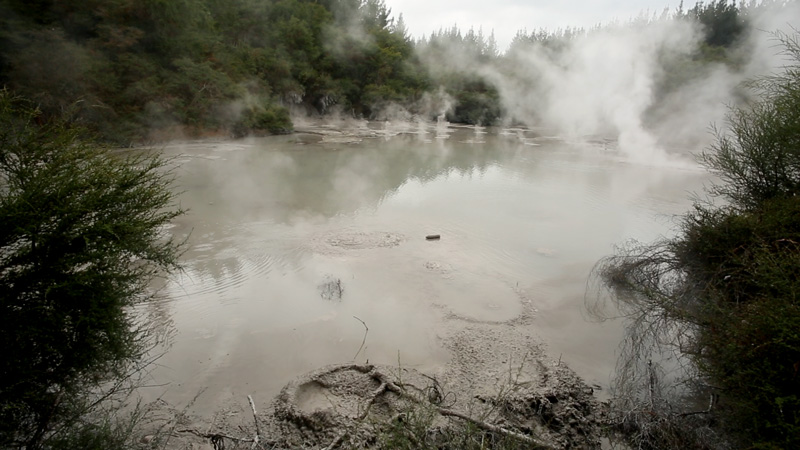 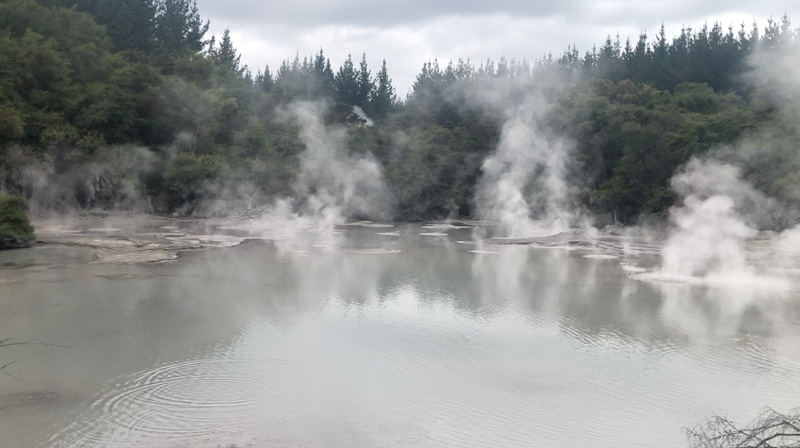 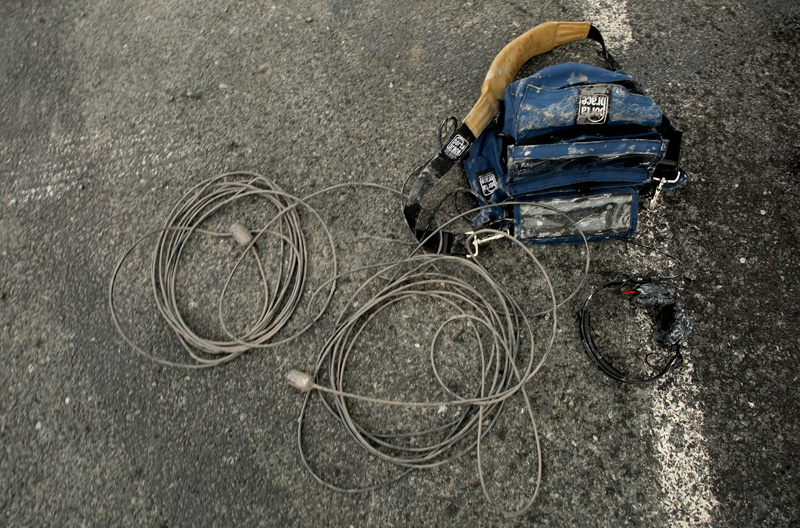