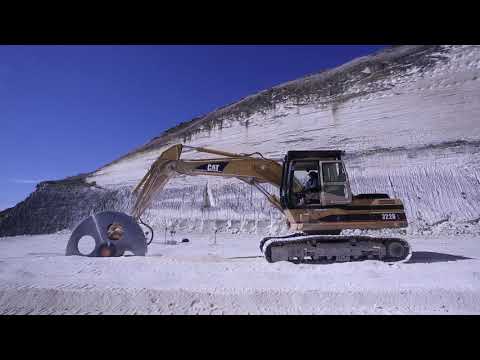 While on my first road trip of 2020 I spent a few days in Oamaru and arranged two recording sessions at Parkside Limestone Quarries. The star of the show was the huge hydraulic-powered cutting blade with gleaming titanium teeth, which slices deeply into the limestone base.

Of course we also captured their other machines, operating at much higher rpm. The first radial saw is used to cut the large blocks from the quarry into a size useful for retaining walls. From there two other radial saws are used to reduce options down into smaller blocks.

But to our surprise, it turns out the quarry are also home to the largest CNC router in the country – an Italian made EMM ZEDA 1600 5 axis router/shaper! Our second recording session occurred in time to capture an intricate job: etching a logo into a block of limestone. Cutting the limestone with the router was predictably loud while the etching was much quieter, but what caught my ear was when the machine powered down. Along with a long descending whine there seemed to be a separate set of harmonics which ramped up in frequency! Check the soundcloud preview and the spectrum screenshots below.

Check out the MAKING OF Video  Captured 24bit 96kHz multi channel (MKH8040 ORTF close, MKH8020 spaced omni pair wider, and an MKH8050) LIMESTONE QUARRY is a unique collection of abrasive tech, due to the fine texture of limestone. 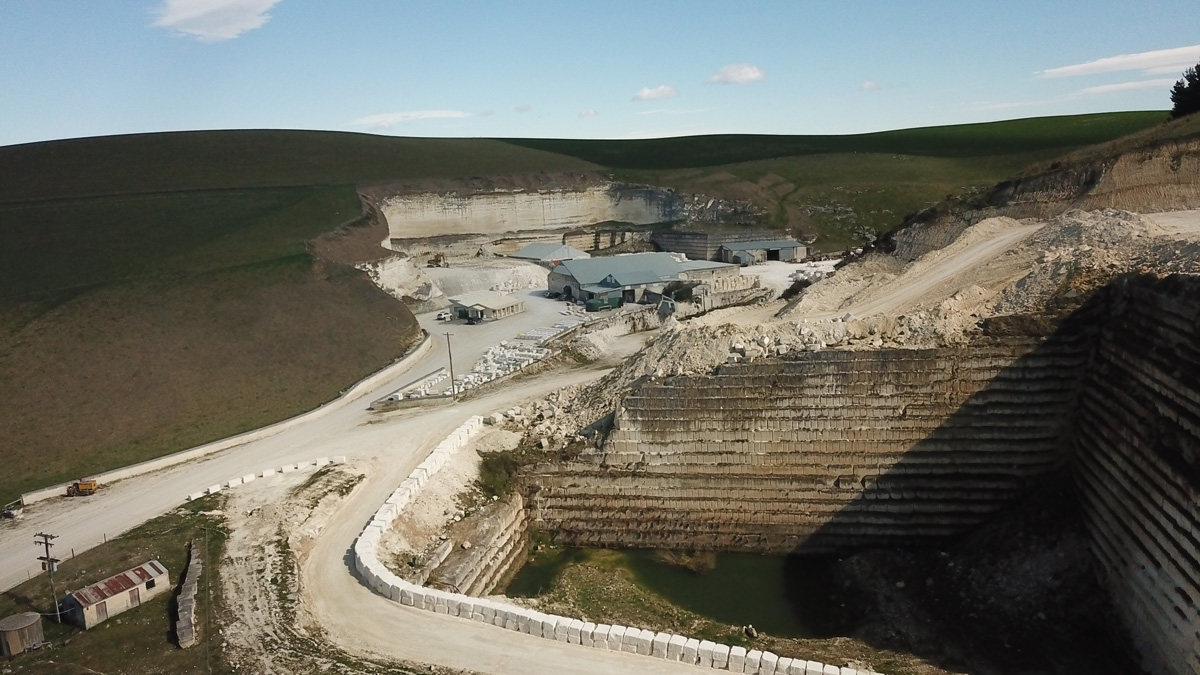 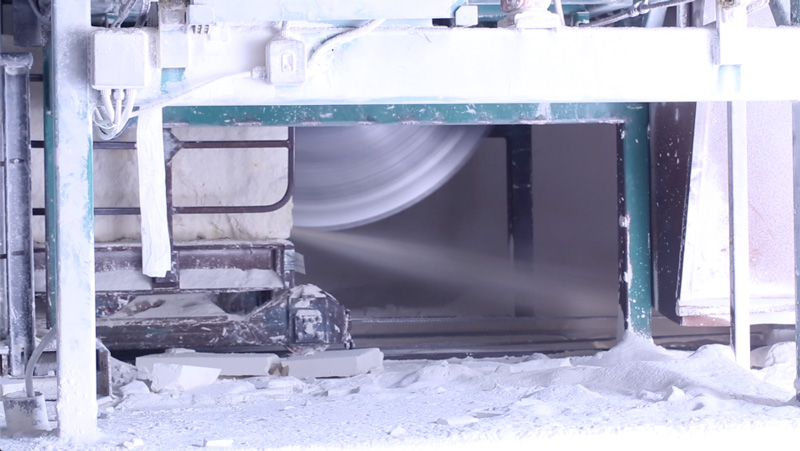 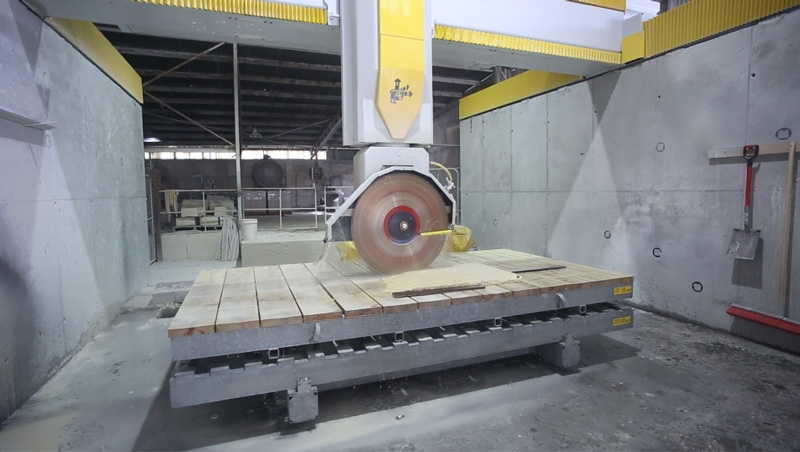 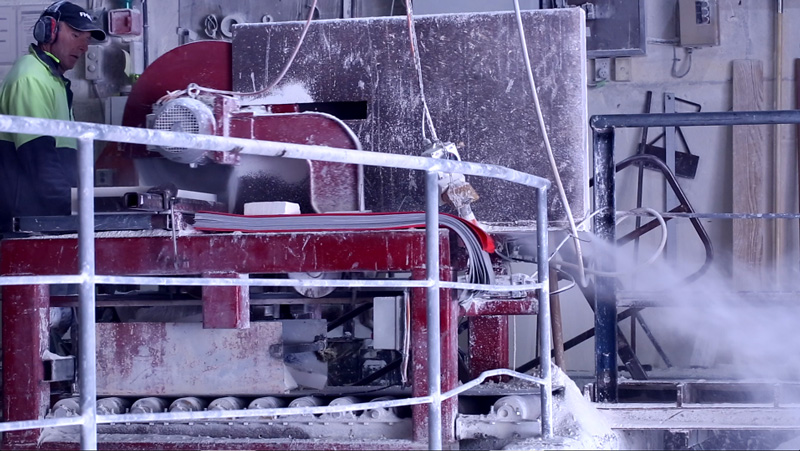 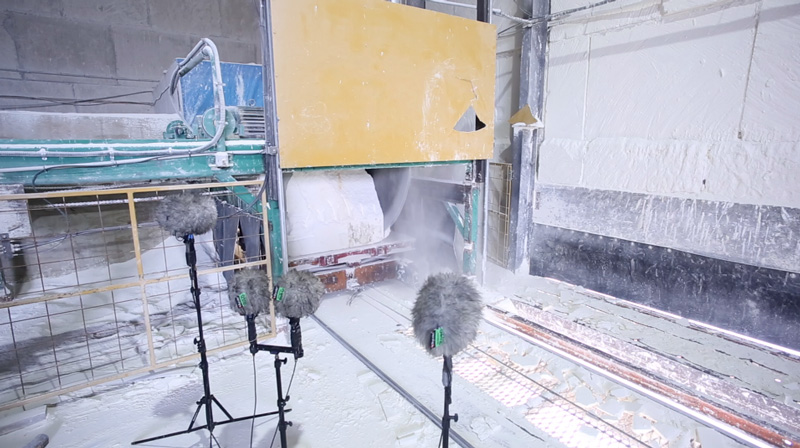 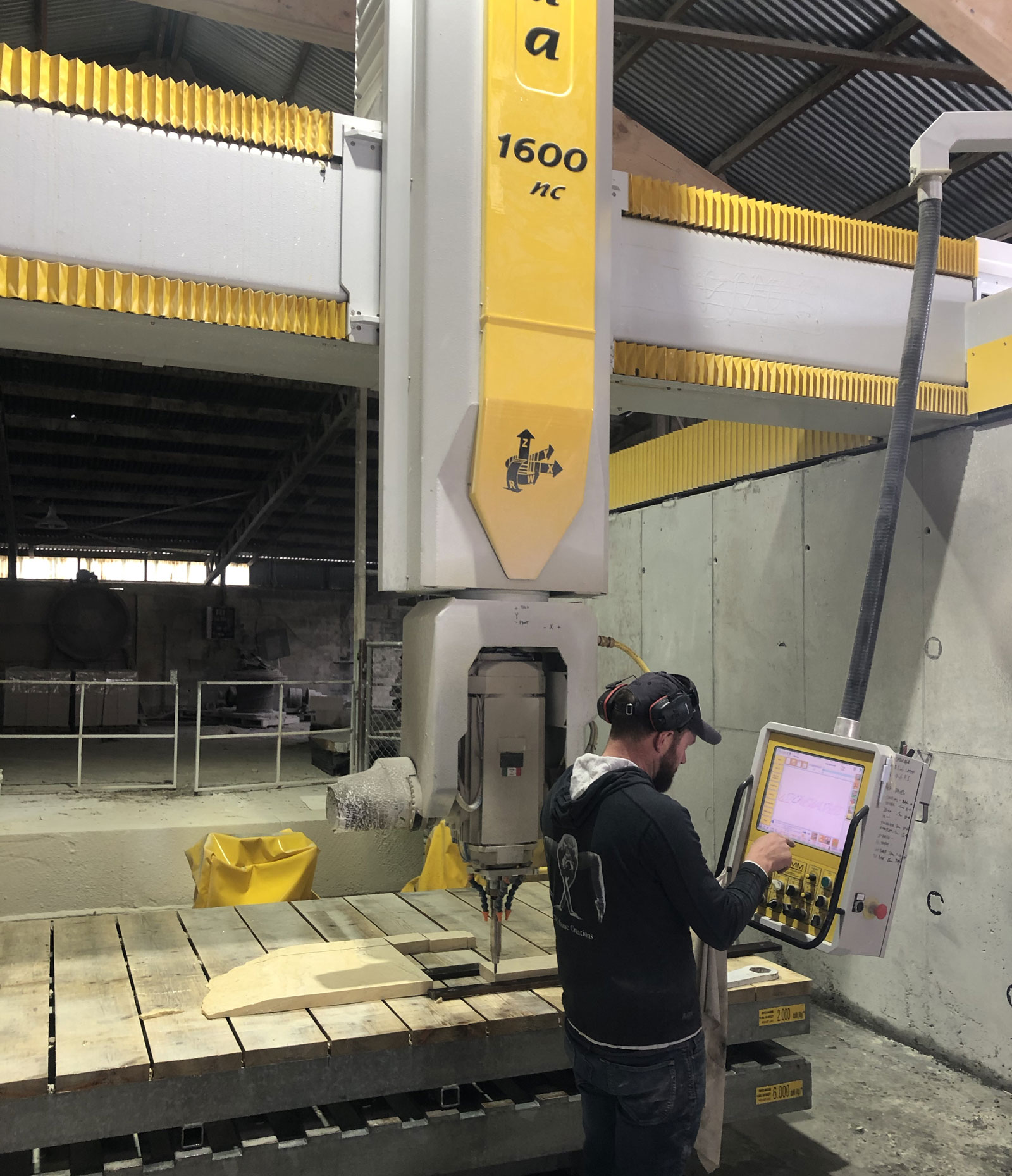 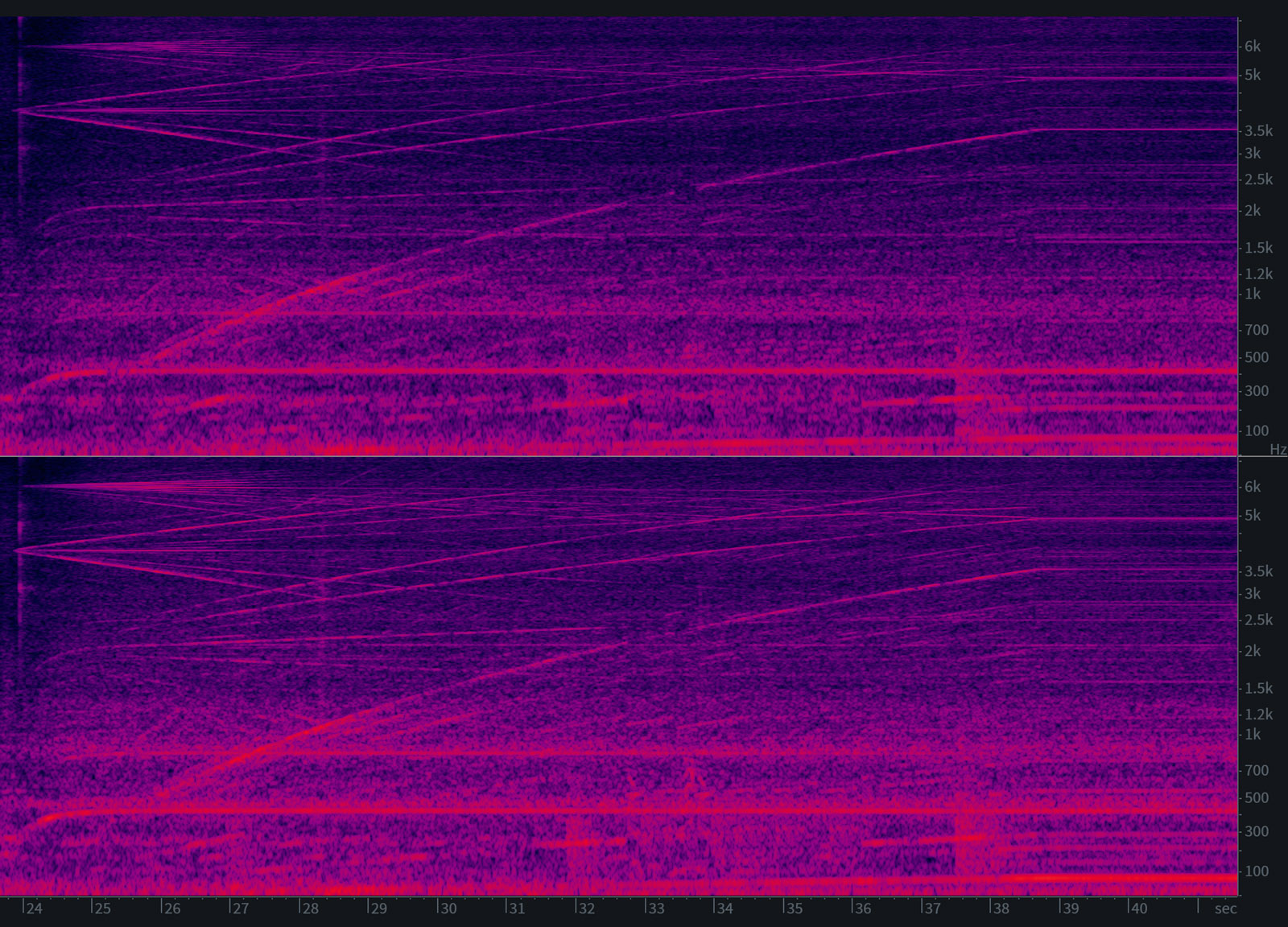 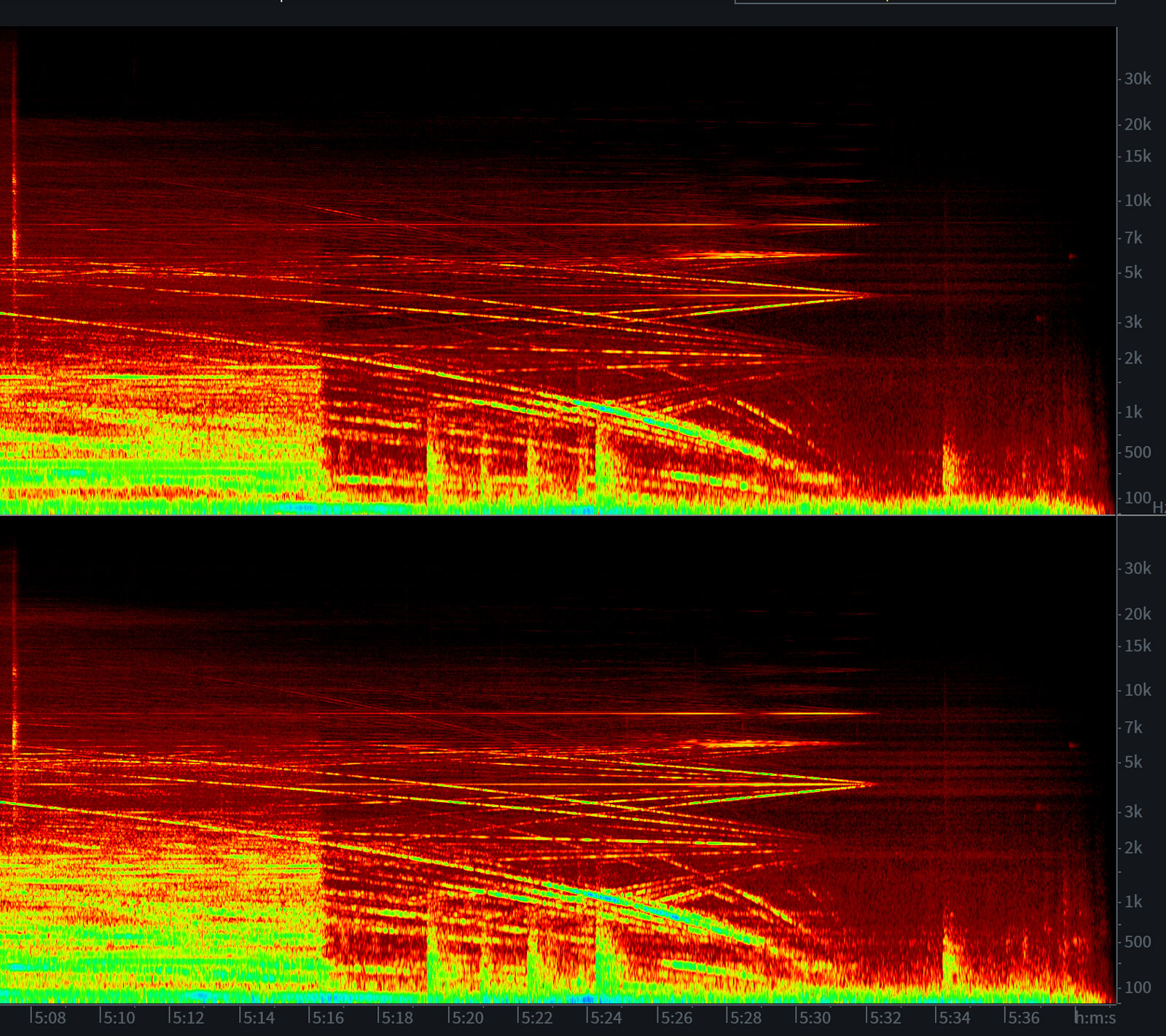 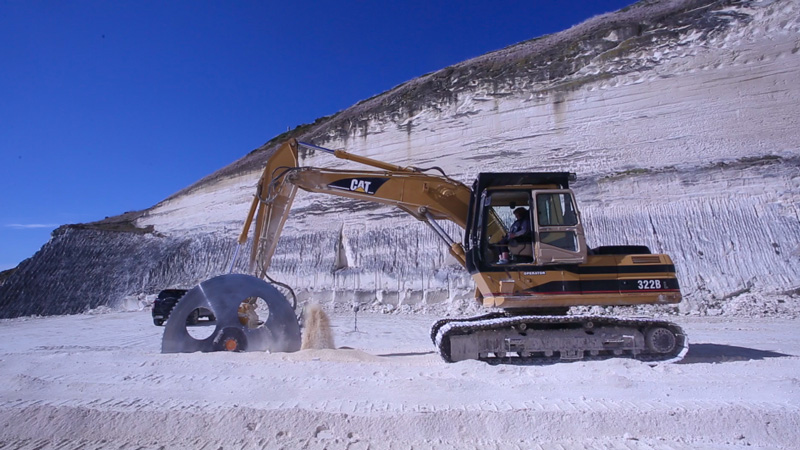 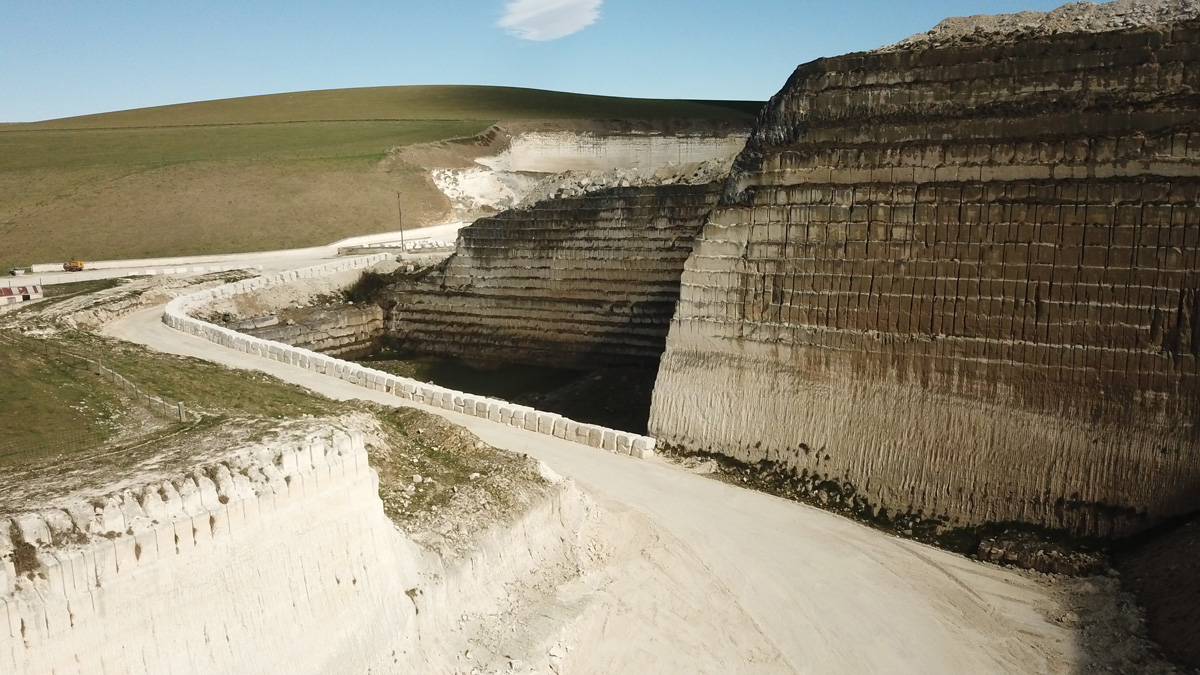