Back in 2001 I did a ’round the world’ trip, eventually arriving to Beijing, where my sister was then living. One weekend we were out walking in a park and I heard this strange sound… and I just could not imagine what was creating it!! I first heard it in the distance and we followed the direction of the sound until we came across an old guy using what looked like a double ended spinning top, suspended & spinning on some string between two drum sticks!

Here’s a recording of it, captured on my trusty Tascam DAP-1 DAT machine and a pair of Oktava MK012 mics:

I didn’t know what they were called then, and after much searching a common western name seems to be DIABLO, but that doesn’t apply to the sound making versions… Turns out they are called Kongzhu and the number that is etched on them, seems to relate to the number of sound generating vents aka Helmholtz resonators.

I bought one at the time, and bought a couple more when back home but I have never been good enough at playing it to generate such great sounds as the old geezers in that Beijing Park. So my slow motion plan is to start a daily practice of learning to play them… 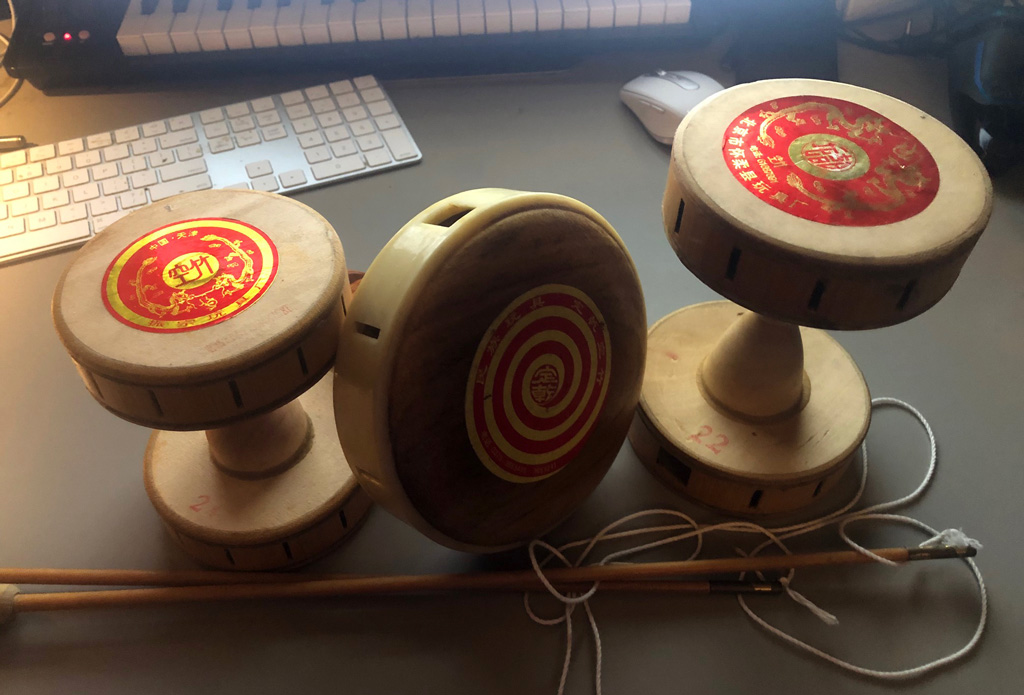 When I get good enough I will record a library, as they are such a unique and distinctive sound..
Check the skills of this group:

Posted on July 5, 2021 by Tim Prebble in Uncategorized